Where the Magic Happens
The Hatchery 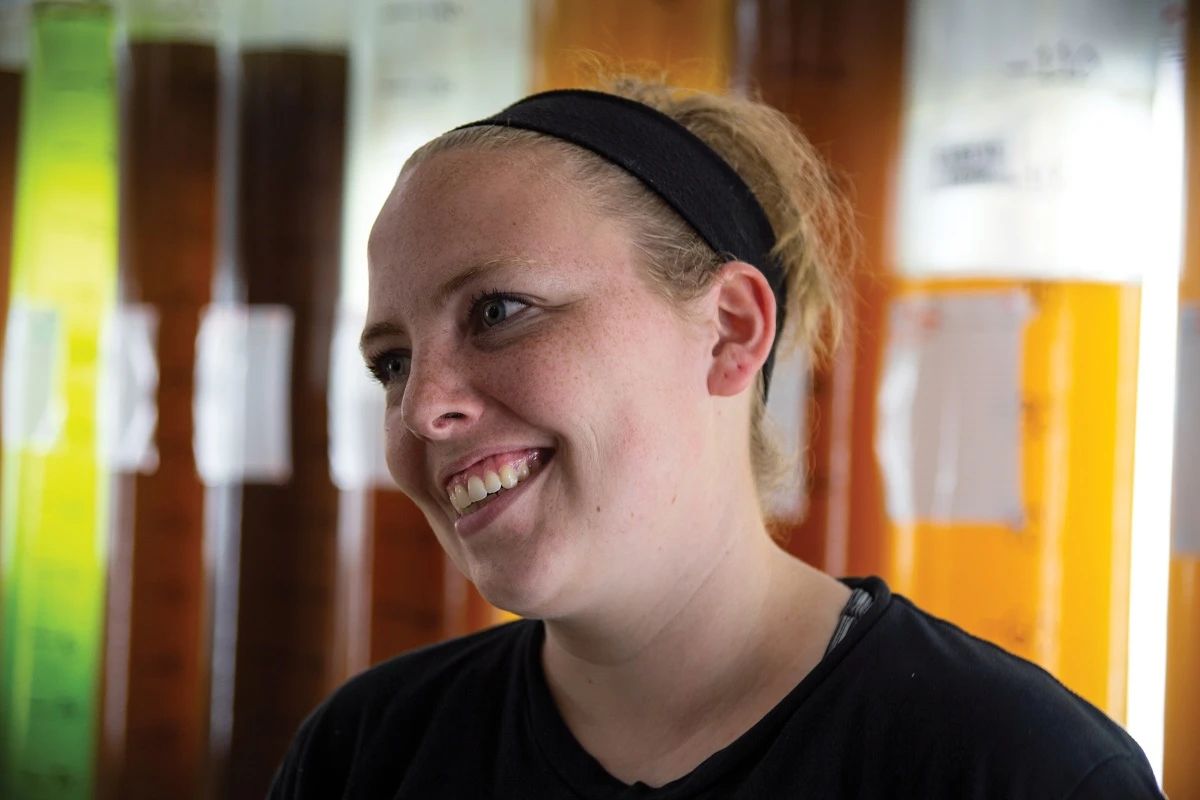 When you’re slurping oysters by the bay, you’re probably not thinking about the incredible scientific process of hatching oysters. And there’s nothing wrong with that. Because the farm tour at Island Creek Oysters will take you through The Hatchery. If you’ve ever seen an episode of MTV Cribs, this is the part where the celebrity host would say, "this is where the magic happens." And yes, we are also referring to reproductive magic…

Okay, time to get your mind out of the gutter and back to the bay.

The hatchery at Island Creek Oysters opens around Thanksgiving to get the food, or algae, ready for future oyster babies. The adult spawners or mature oysters, are brought in around the New Year and are tricked into thinking its summer, which is their time to spawn. 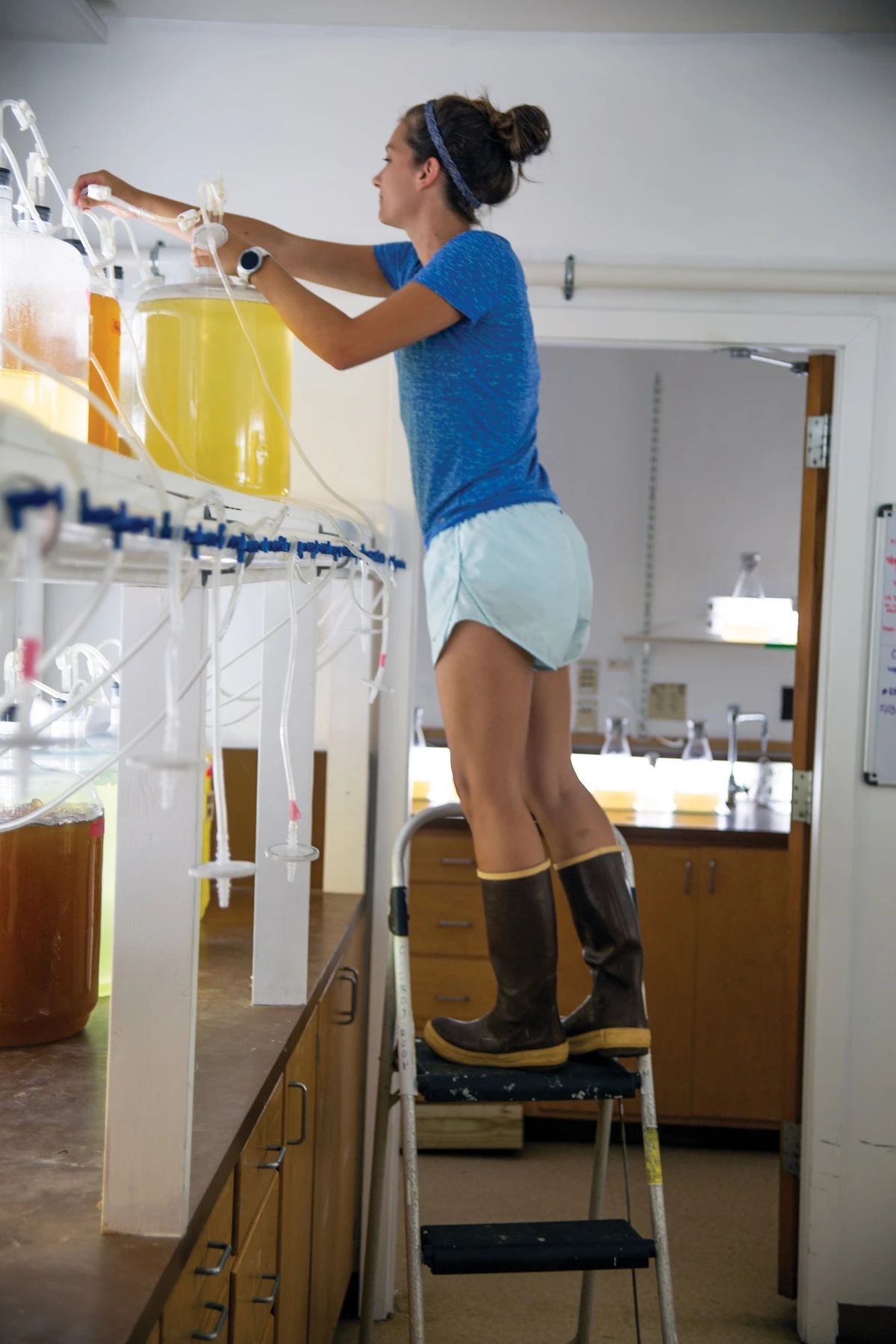 The biologists feed them a lot and raise their water temperature to condition their gonads (productive organs). And when they’re ready, the biologists spawn the adult oysters, releasing their egg and sperm which is then collected and carefully mixed.

So kids, this is where oyster babies come from.

The microscopic oyster larvae, or early stage baby oysters, are cultured for about two weeks in larval tanks, which are huge swimming pool-like tanks.

The larvae, like other babies in nature, require special attention. They are fed twice a day and their water is changed every other day. Every oyster and shellfish, in general, will undergo metamorphosis to transition to their next stage of life. This is the hardest transition in their life cycle (remember puberty?), only the oysters’ natural mortality is high.

The larvae grow a foot, just like a clam, and use it to cement themselves to something for the rest of their life. In the hatchery, they are given a tiny grain of crushed up oyster shell to set to. The biologists can then can easily grow them out individually in various upweller systems. They are constantly fed, 24/7! 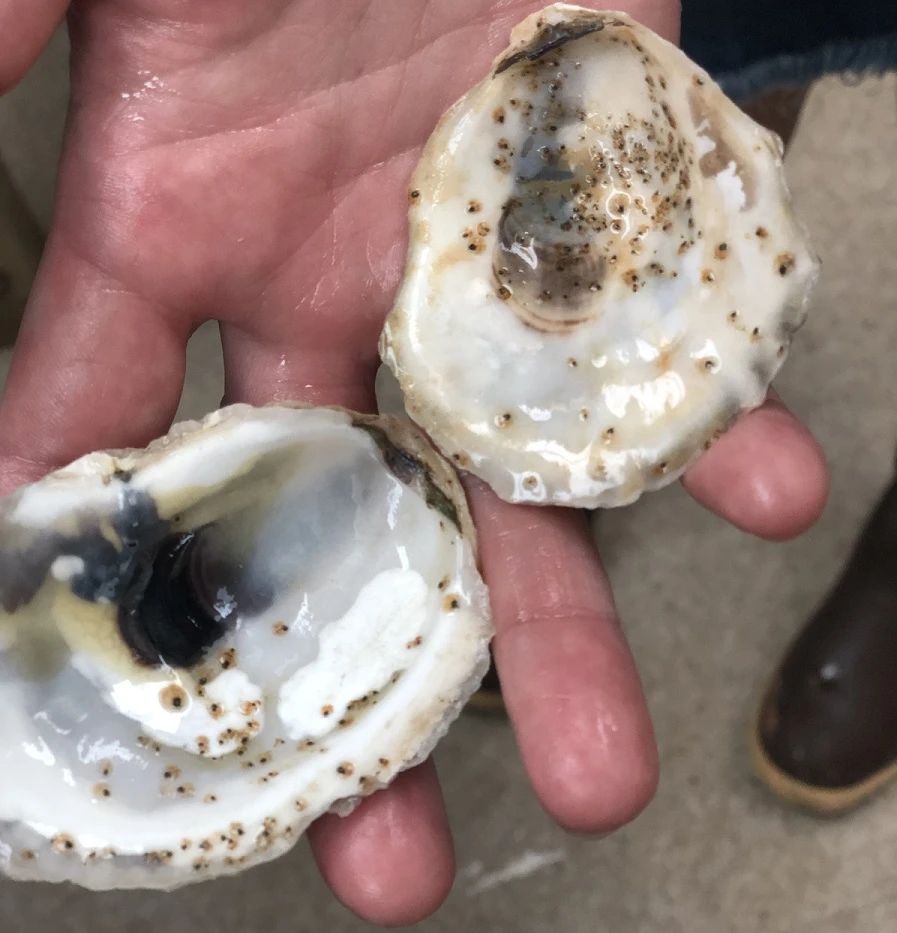 Once the babies reach 1mm in size (about a grain of sand), and it’s warm enough, they are able to move out to Duxbury Bay and live off the natural algae out there. This process continues from January through July until enough seed or harvest-able oysters, are produced. Every year, the Island Creek Oyster Hatchery team has a seed production goal to accomplish, as you can imagine, dealing with live animals can be tricky, so they always leave extra time to meet their goals. 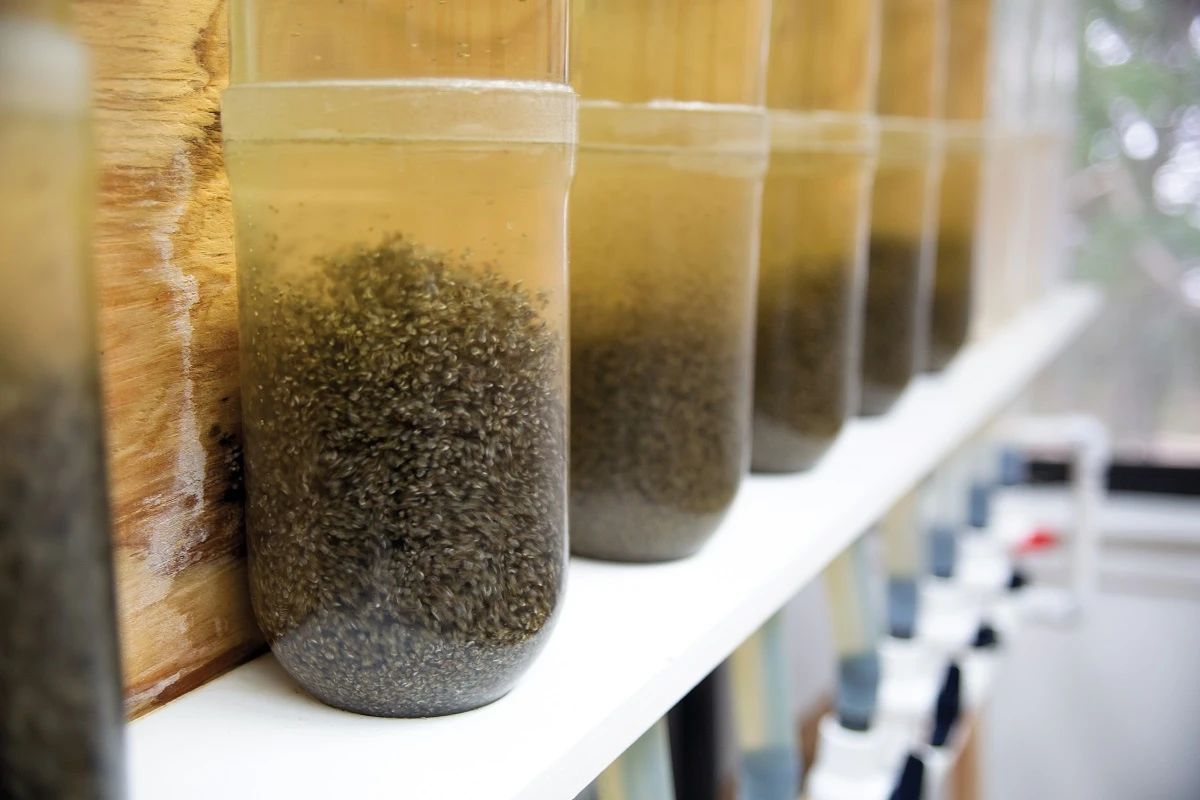 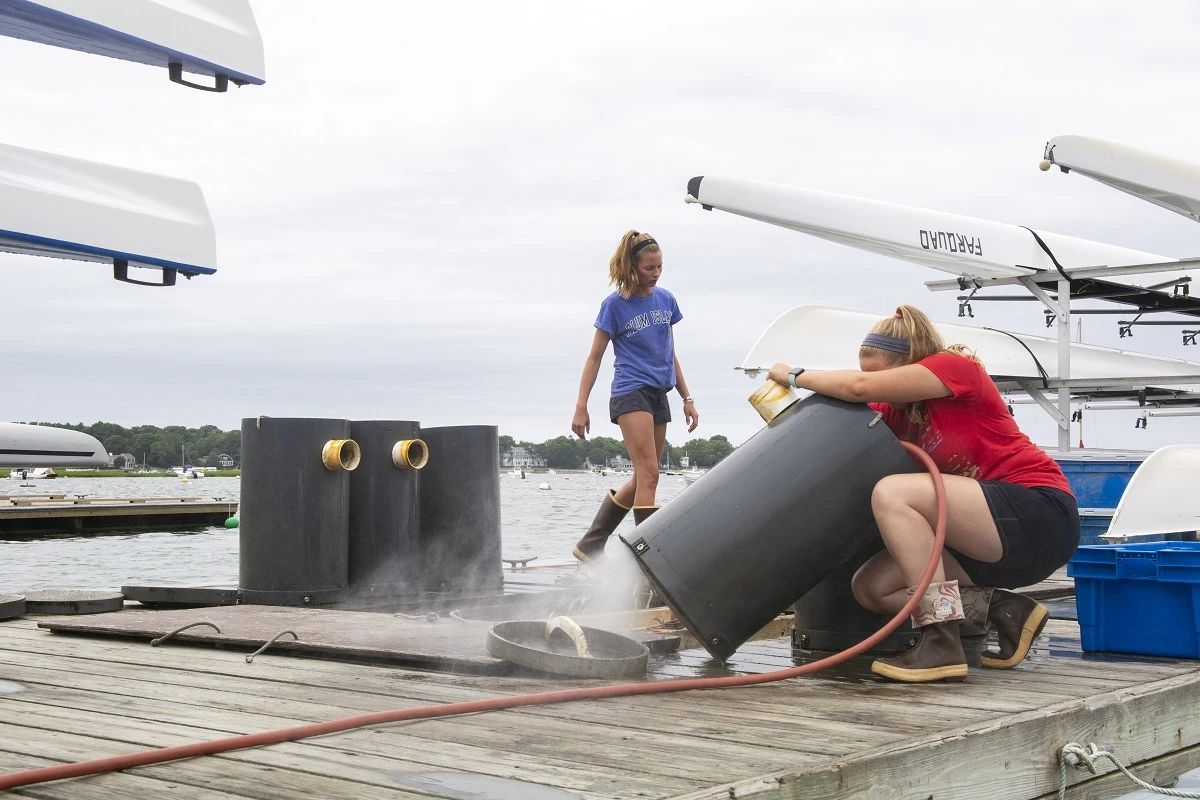 Click here to read more about what we learned on our visit to Island Creek Oysters in Duxbury, MA.