•Keree Smith•
All Aboard Amidst a Pandemic 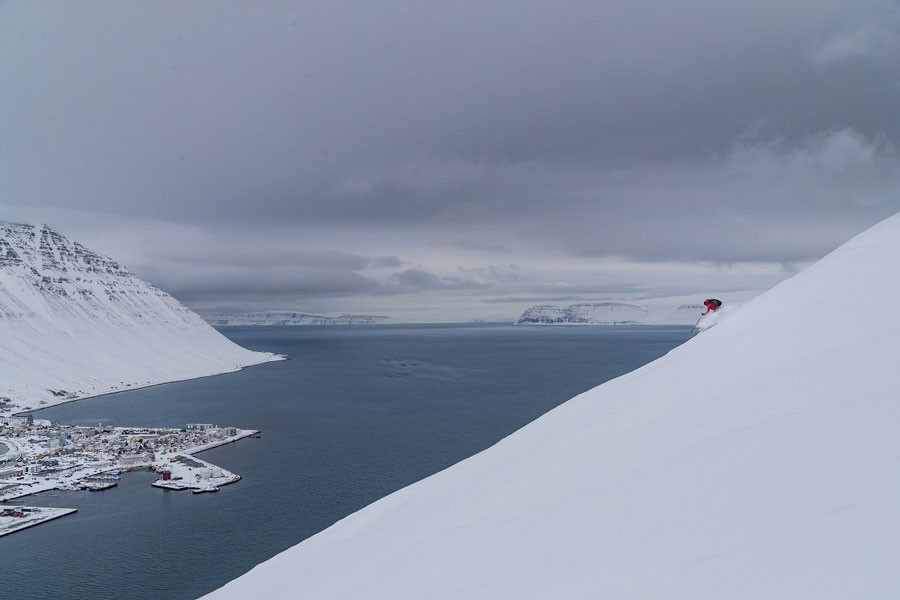 For many months, we dreamed. We dreamed of a shimmering golden sea stretching across the horizon. We dreamed of dramatic granite faces rising from the depths of infinite blue, of mountains drawing lines of white from the sky to the ocean. We imagined gliding into fjords sealed in sheets of ice, disembarking from our sailboat home, and ski touring in some of the most exotic mountains on earth. And we thought these dreams would transition seamlessly into reality once we arrived in Iceland to begin our three week ski trip to Greenland via sailboat.

Departing from the harbor of Isafjordur, Iceland, we had to cross the Strait of Denmark to access skiing along the southern coast of Greenland. Our international crew consisted of strong-willed, capable women, all creative entrepreneurs and passionate skiers from the USA, France, Switzerland, Iceland and Greenland. We spent months mentally preparing ourselves for rough seas and the challenges of remote exploration. With a storm-filled weather forecast and East-Greenland sea-ice maps showing plenty of potential obstacles waiting to obliterate our tiny fiberglass sailboat on her proposed course, we made the most of waiting around for our departure by skiing in the mountainous West Fjords of Iceland. 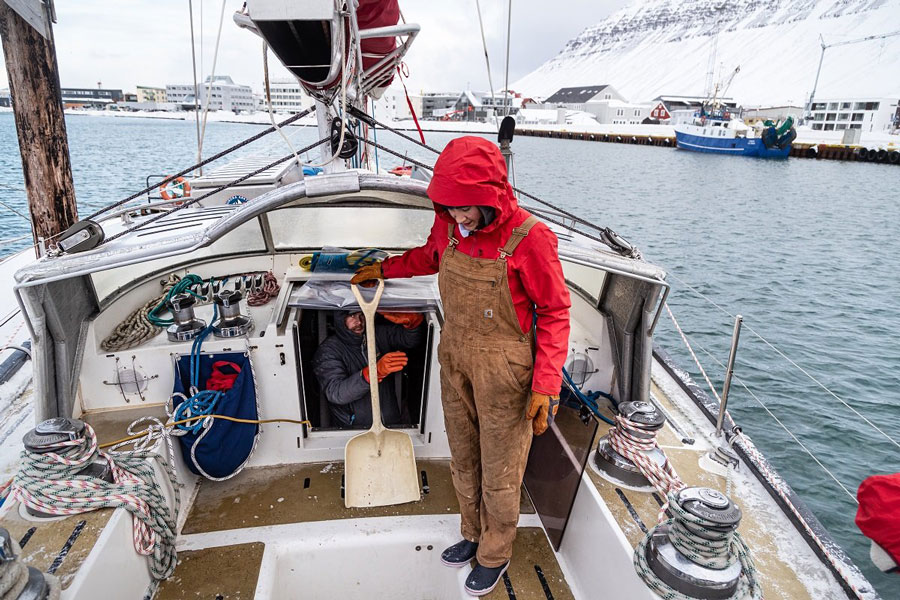 Compared to my work as a commercial fisherman in Alaska during the summer, many of the pre-sail preparation tasks felt familiar. Before our departure, we all pulled on our XTRATUF® boots and went below deck to grab coffee. Coiling lines and tying knots came naturally to me, while chipping several inches of ice off the deck presented a novel experience. On March 13th 2020, filled with anticipation and excitement for the many unknowns that lay ahead, we hoisted the sails and established a course. Balancing on the deck of my new, dynamically moving home, I quickly reminded myself that each vessel has her own rhythm, her own way of working with the rise and fall of the sea’s salty breath. The S/V Aurora sliced through a 6-8ft swell, lurching every so often with a sudden wind gust. 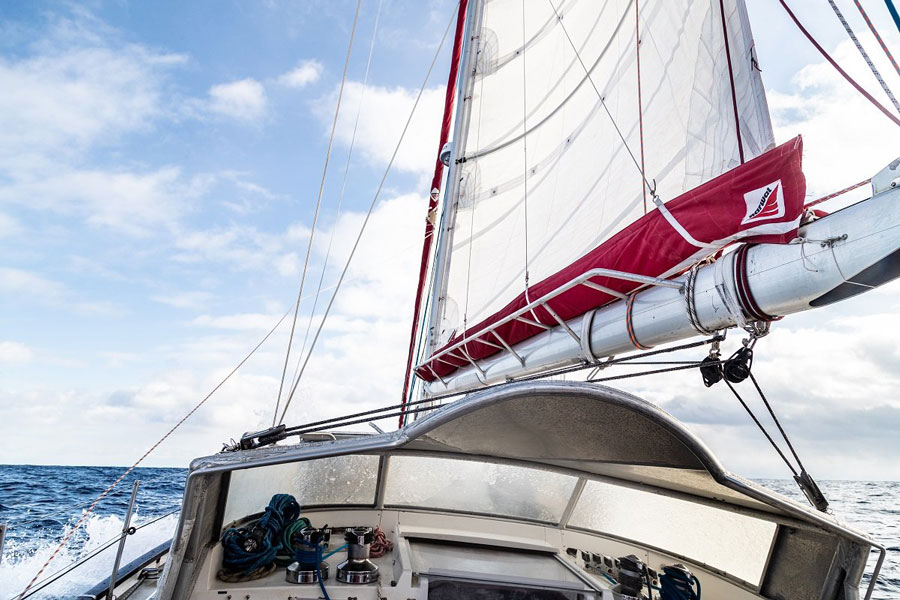 As any seasoned mariner understands, at the mercy of the sea, a mesmerizing dream can quickly morph into a surreal nightmare. I had hardly seen the rest of my team since we set sail 36 hours earlier. They had been overcome by seasickness: the ultimate mental battle to overcome balancing one's own inner ear. Black buckets lay strewn about the cabins. Most everyone lay comatose in their bunks, sweating and incapacitated amidst the growing swell. 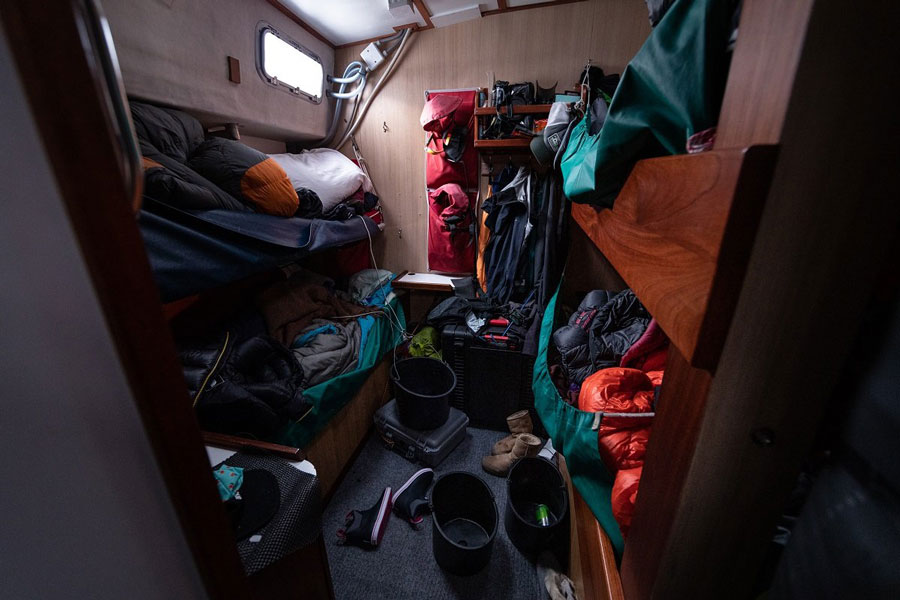 Our skipper, Hayat, made a vigilant effort to roust everyone for dinner. She looked around soberly at the group of pale-faced skiers before saying, “We’re turning around. Covid-19 has turned into a world-wide pandemic and Greenland has closed its borders. We cannot enter. We have no choice but to change course and return to Iceland.” She had tears in her eyes as she told us the dream was over. The announcement confounded (and relieved) most of our gang, who quickly retreated back to their bunks and barf buckets. Just like that, it was over. 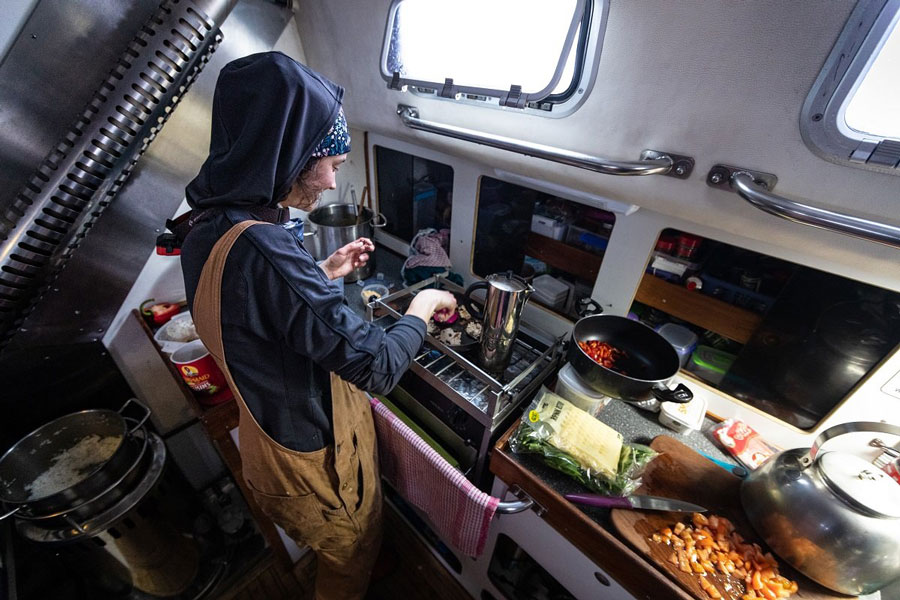 We docked in the Isafjordur harbor at 5:30am on a dark and stormy morning. It was March 15th. Less than 48 hours after our departure, we had returned to a world that had erupted in chaos. A world that reminded us of the many forces at play much bigger than ourselves. The true nature of Greenland remains, in large part, a mystery. An expansive ice sheet rises from the ocean, draped across a rugged and barren coastline to completely engulf the world's largest island. This massive icecap covers 81% of the island and is projected to be nearly 11,000ft deep at its thickest point. Impenetrably blanketed, the only areas that offer a glimpse of the land beneath lies along the ocean's edge. Sparsely populated, Greenland's southern coast winds through intimate island passages, its frozen nature brought to life in its dramatic dynamics of sea and ice. I hope that one day, we’ll dare to dream again, and climb aboard to journey east towards the beckoning mountains. 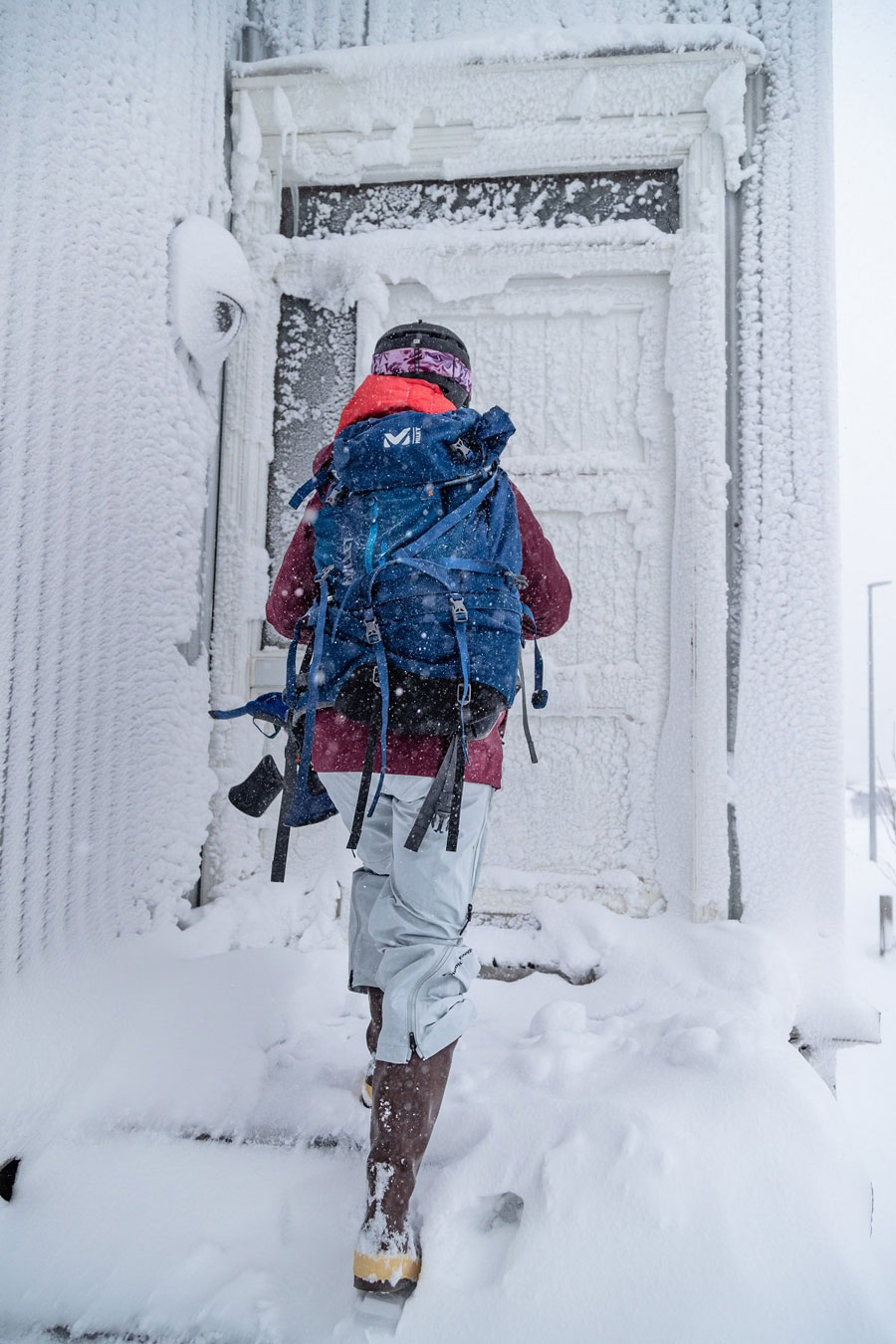 With all of its panic and uncertainty, the Covid pandemic that jarred the world in March 2020 further iterated to me the importance of cherishing and supporting the growth of communities we strive to create. For the backcountry ski community, this means sharing mountain education, supporting local operations, figuring out ways to connect with local resources and actively extending collaboration to others. Though no one knows where 2021 will take us, whether over oceans and across cultures or around the block, whether dreaming big or enjoying the backyard, I eagerly await the next opportunity for adventure. For now, I am left reminiscing on all of the thrilling and epic moments of our Greenland miss-trip. I remind myself to smile back at the beautiful absurdities inherent to any true adventure. 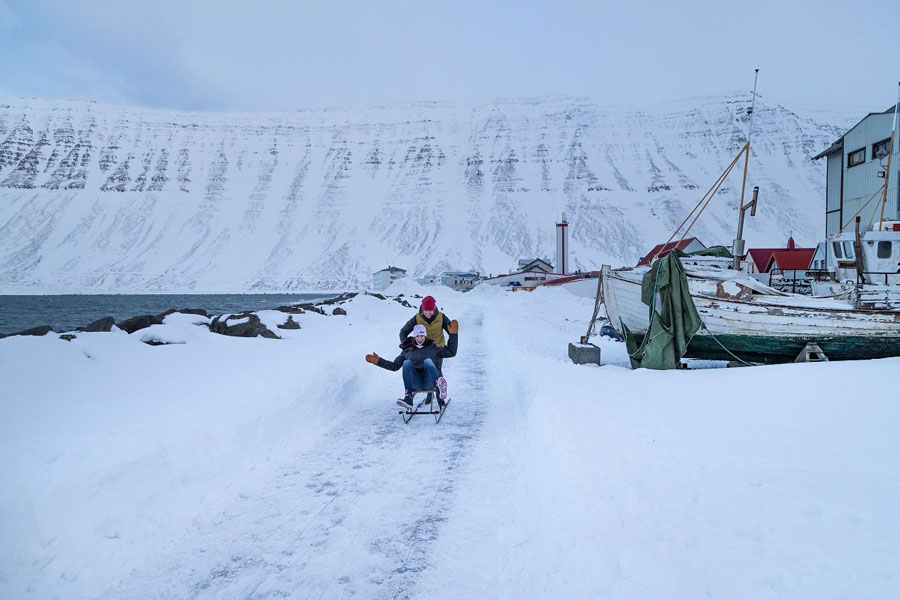 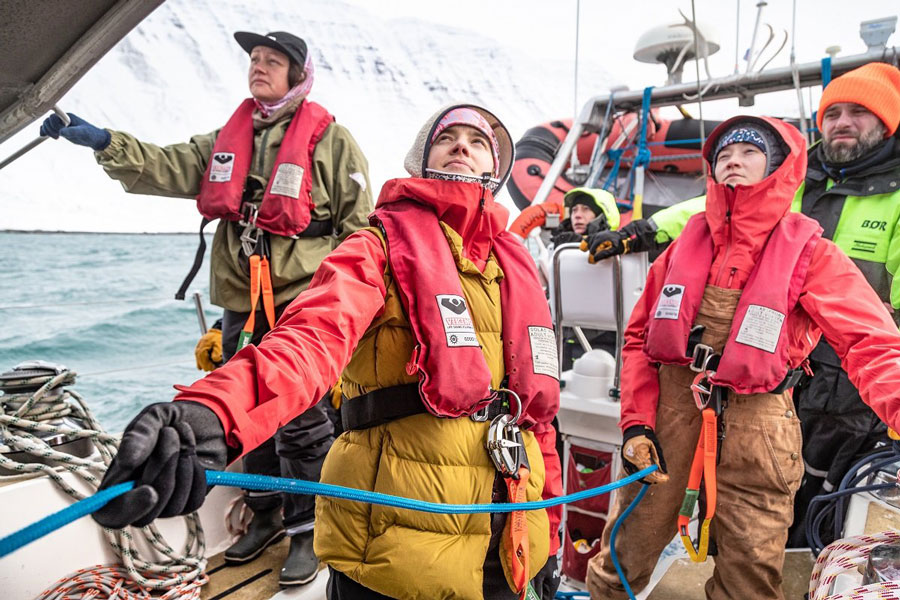 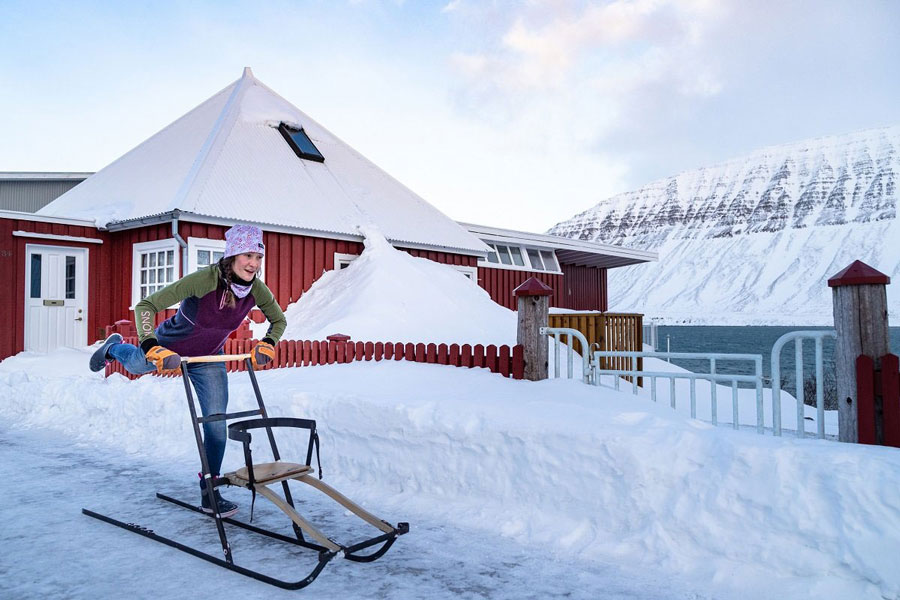 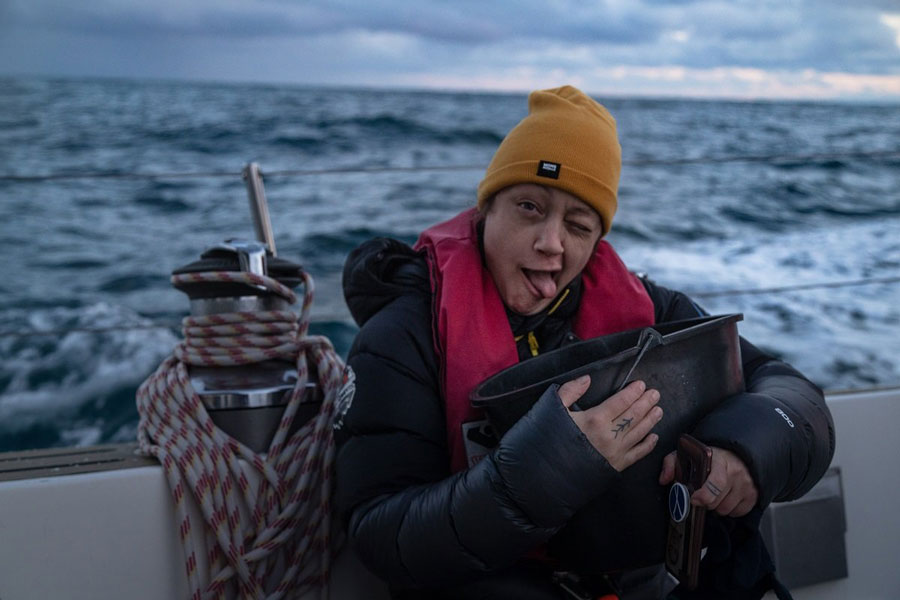