•Corey Forrest•
Toughing It Out

It’s still dark outside and my hands are already black with grease. I feel a bead of sweat make its way down my spine and I wipe my brow with the back of my hand. “It’s always something,” I mutter to myself at least fifty times a day. The old stapling machine has shit the bed again and I haven’t quite mastered all its ins and outs. It’s getting late. We haven’t had a designated box-maker in years since we’re short-handed and if we have fish today, I’ll need all hands on deck to pack them when we get in. So here I am. 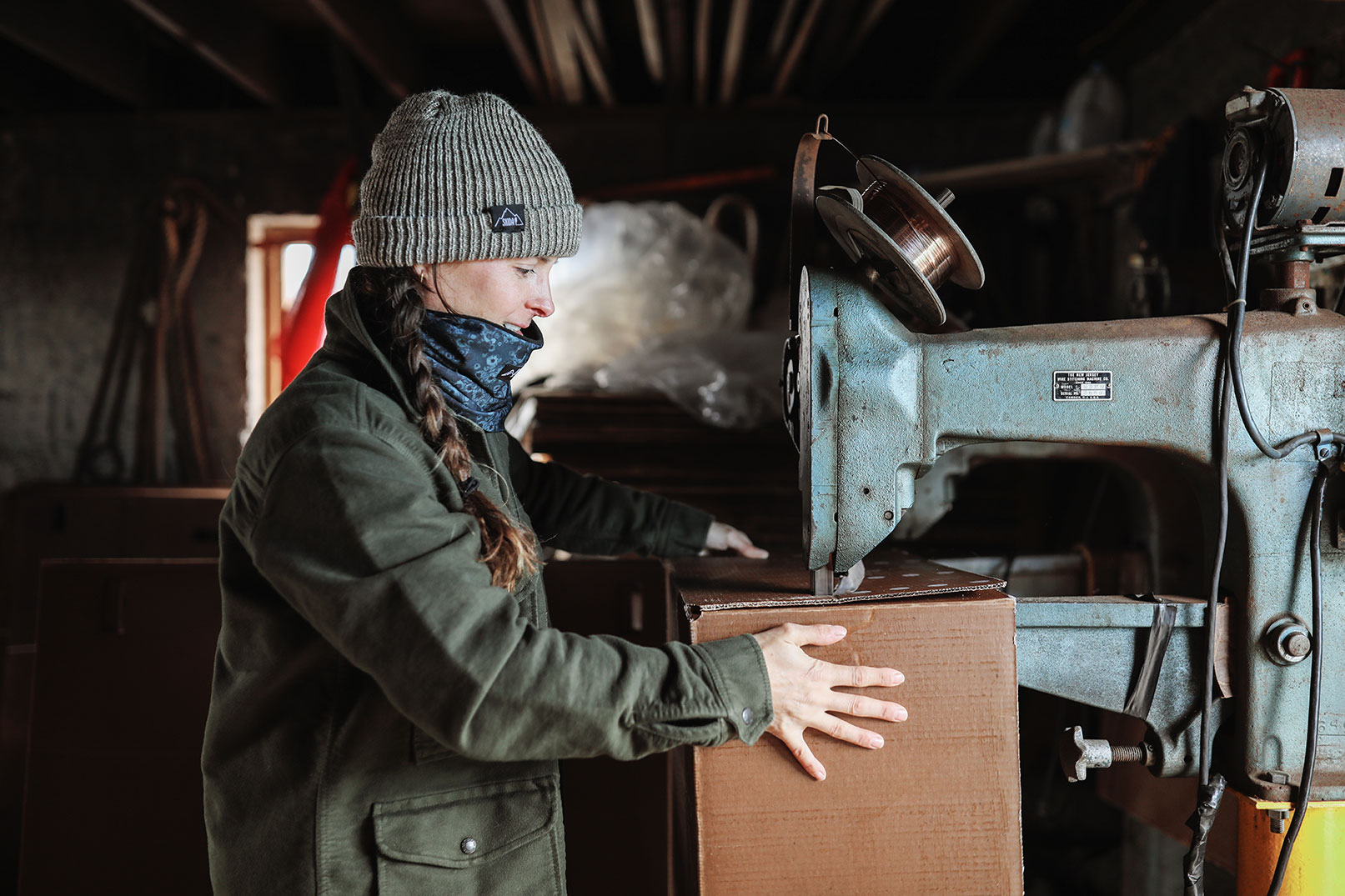 I already know we’re down a crew member. I woke up to a text from a guy who’s so infamous for his excuses that, unbeknownst to him, I began a @commercialfishingexcuses page on Instagram he inspired. I’m too tired to be angry at this point and I have no fight left. It’s just one more thing but all the BS has been building up lately and I find myself questioning more and more why I’m even doing this. I feel my eyes well up because the thought honestly breaks my heart.

The day before, on the way out to the fishing grounds, my older brother Luke informs me that he may have volunteered my time and labor -- not the first time, to buy fish from another boat. He’ll help, he says, but he rarely does. “Tell me what to do. Teach me how to do the fish reports,” he offers. Already feeling overwhelmed, I protest, which comes out more whiny than I intended. “No one is asking you to be a martyr!” he scoffs. Where do I start, I think, looking around at the crew. I feel like I can’t count on any of them. For starters, nobody, including my brother, is going to get up at 3:30 in the morning, for free, to make sure we don’t run out of boxes, and I know I’ve done this to myself. Add this to what my younger brother had said to me recently, from Florida, that I should probably get another job. “Corey, fishing is not where your talents lie. Writing is.” Classic Miles. His talents lie in the ability to simultaneously crush and compliment you in the same breath.

I continue tightening some bolts on the staple machine, honestly, I have no idea what I’m doing. I see a faint glow on the horizon through the doorway and hear a truck door slam. The crew is starting to trickle in. Eighty-three-year-old Charlie is always the first to arrive and always the first to put in his two cents: “Uh-oh! The staple machine not working?! Again!? If we don’t have enough boxes, we can’t go fishing!” (Is that hopefulness in his voice)? It’s the last thing I need to hear right now. “Thank you, Captain Obvious,” I say under my breath, pretending to ignore him. I know he can’t hear me, but I immediately feel like a jerk. “It’ll be fine, Charlie,” I say instead, “I’ll figure it out.” I look at Charlie and jokingly put my hands in prayer position before plugging in the machine. I hold my breath and it springs back to life without the crazy, wobbly, banging noise. It’s fixed - for now. Charlie, with his toothless grin, claps his hands together and then slaps my back. “You did it!” And then, like we’re sharing a secret, leans in, “that was a close one.” My steadfast, soft-hearted, shipmate. I know he means well, and I can’t help but laugh. I almost feel my eyes well up again, and I quickly turn my head away. Everything is going to be ok - today.

The longer I do this the more I realize that fishing is less about being tough and more about toughing it out, like a hard winter. We are always going to have so much working against us: if it’s not a stupid staple machine and unfaithful crew member, it’s going to be a damning, distorted documentary, or a new regulation, impending climate change, or rising expenses amongst falling fish prices during a pandemic. It’s always something, yet we still plan that next fishing trip, maybe because it’s all we know and all we’ve done. I don’t know if it’s the ocean’s dependable indifference when everything else is uncertain or if it’s something in the salty air. Still, something about heading toward the wide-open horizon leaves many of us feeling something like hope. (The fact that “Hope” is our Ocean State’s motto is not lost on me). “That’s the thing about fishing, “my great-grandpa Phil Borden used to say, “first you think you’re gonna get rich, and you don’t. Then you think you’re gonna starve to death, and you don’t.”