ORDER BY 12/7 TO GET FREE SHIPPING* & GUARANTEED HOLIDAY DELIVERY

Spring in The Arctic of Alaska 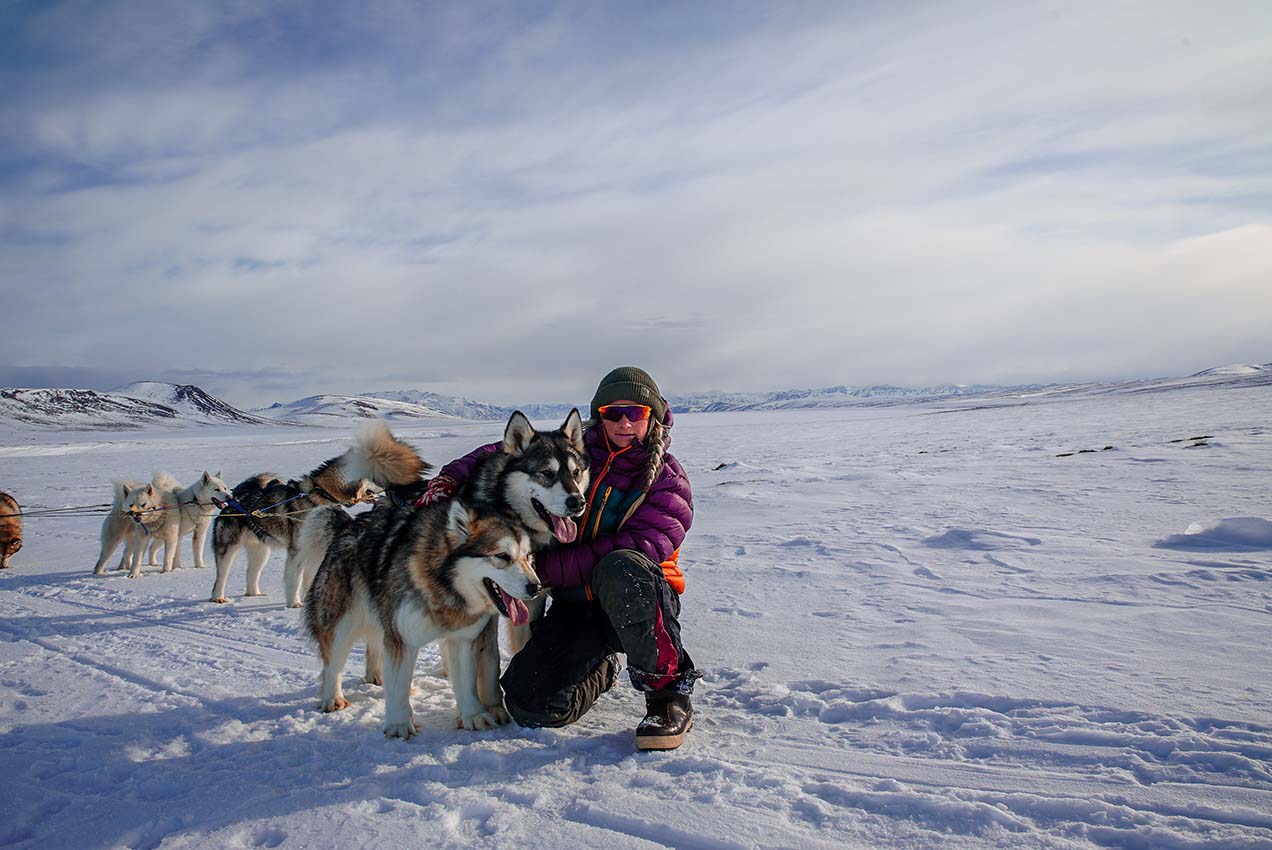 Tonje calls herself a professional nomad that adventures around, but the thing is - she’s been able to make a living as a modern adventurer since 2011. In Norway the culture of the outdoors and the traditions they live by, has made it possible to do something entirely different with her life. She quit school as a stubborn 18 year old to chase the impossible job title «full time dirtbag». It turned out it’s quite possible after all! 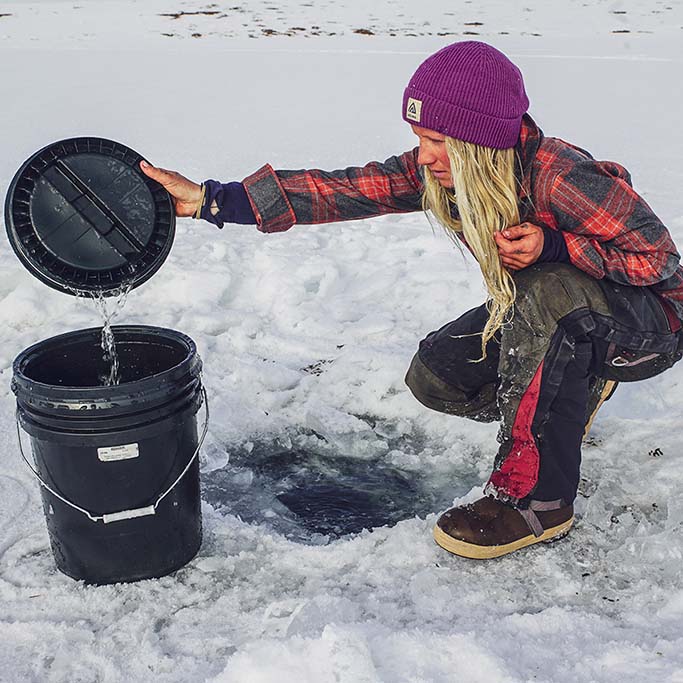 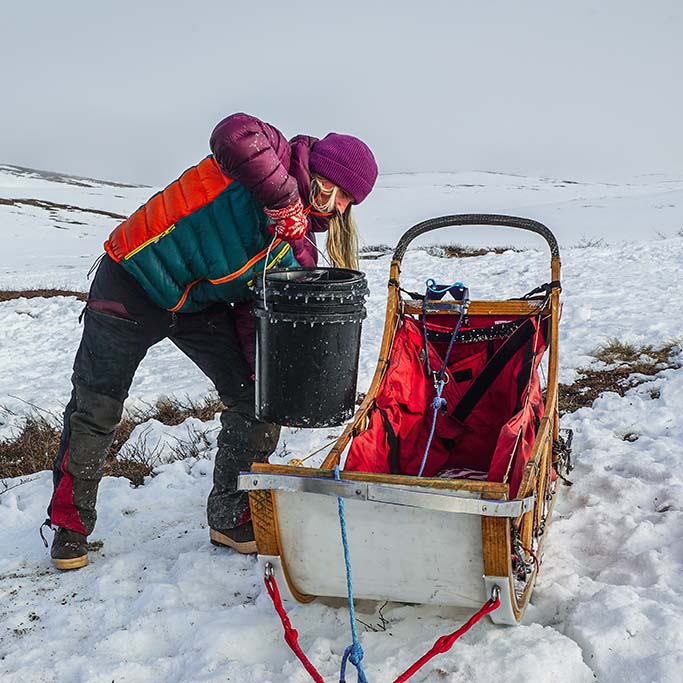 There’s been many expeditions and adventures over the years, the first big one was crossing Norway from south till north, a distance of 3000 km. She quickly moved on to winter expeditions and slowly found her self curious for Alaska. It’s like the «ultimate» goal for Norwegians who loves wilderness and wild life, to one day experience the so called last frontier. 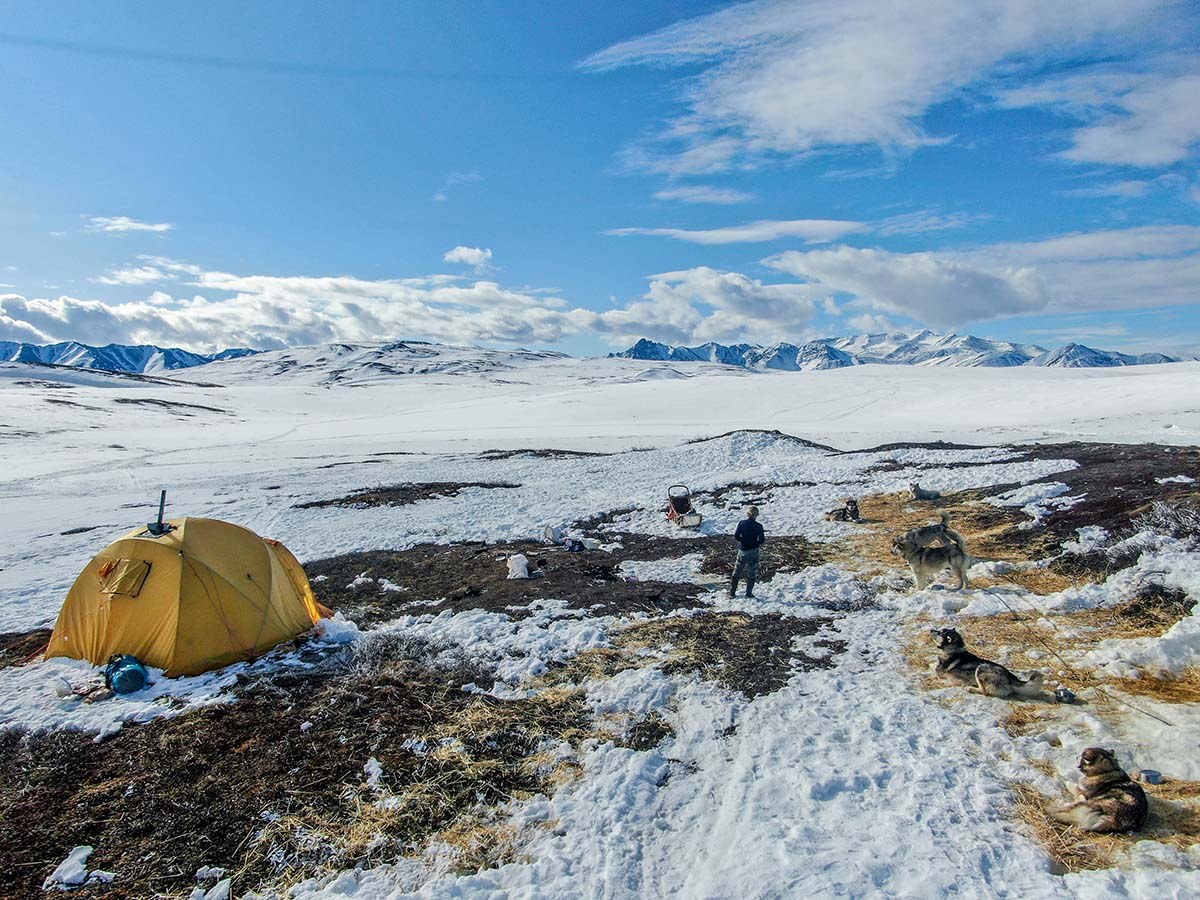 In 2019 she took the leap to move over to become a full-time Alaskan, still being a very proud Norwegian, and fell completely and utterly in love with the life over there. She brought all her 10 sled dogs, all of her fluffy Alaskan Malamutes to accompany her on this new started chapter in life. Quickly she expanded with a litter of 7 in which she kept all and soon there was an entirely new team to train and raise from puppyhood to adults and to become an experienced expedition team. 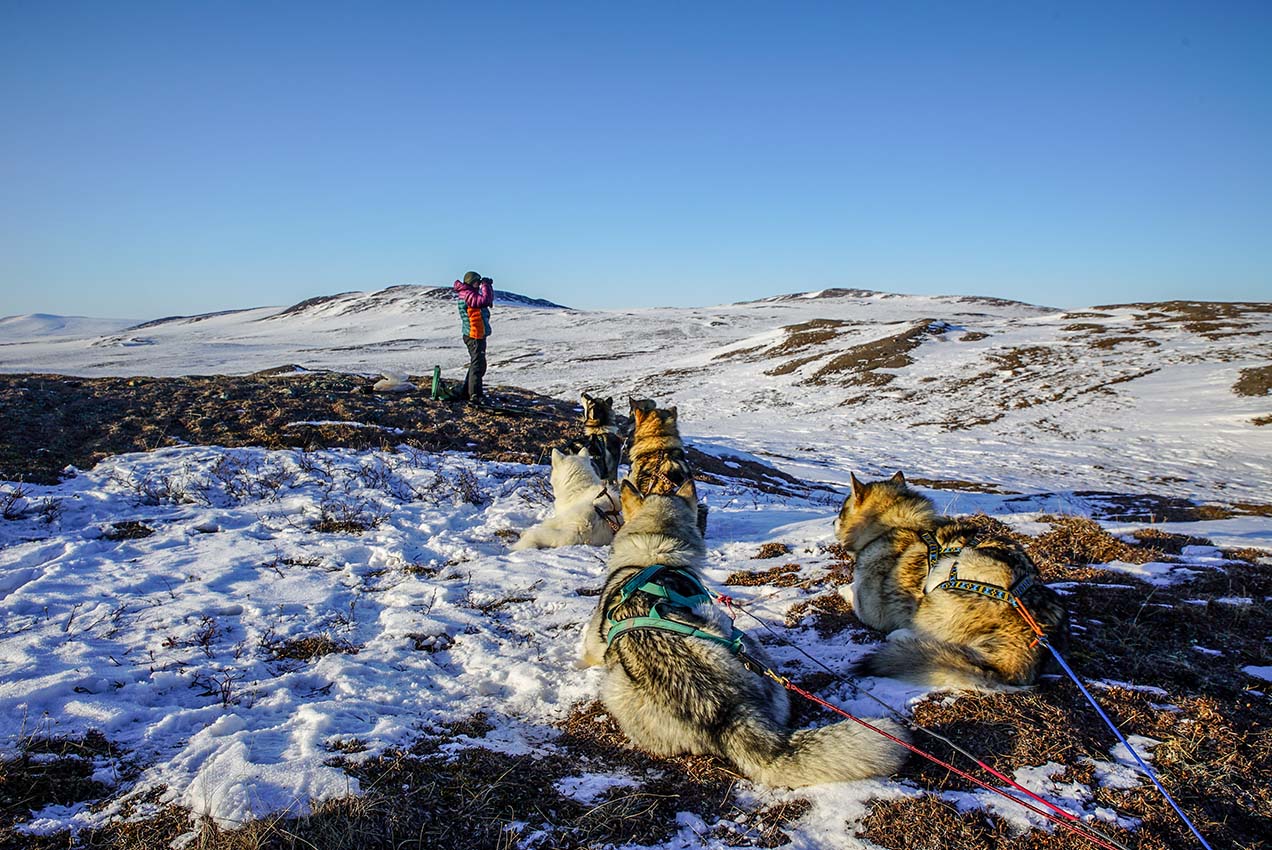 That’s when she hatched this idea to bring them out for a long spring in the Arctic of Alaska. She would spend the very beginning of March til Mid-May with her youngsters and live in a tent her self - the dogs sleeping outside. She would mush them around on the bare tundra and teach them by doing the most natural thing in their inheritance - to survive the northern land and bond as a pack. She as their leader, but with the trust in her lead dogs, they traveled some many miles on that sled this spring and had anything from curious wolf packs to deal with, -55°F windchill and blazing heat and spring breakup come May. It’s safe to say the dogs went from being puppies to adults this season and in the best way possible - which is simply to just jump right into it and see what happens! 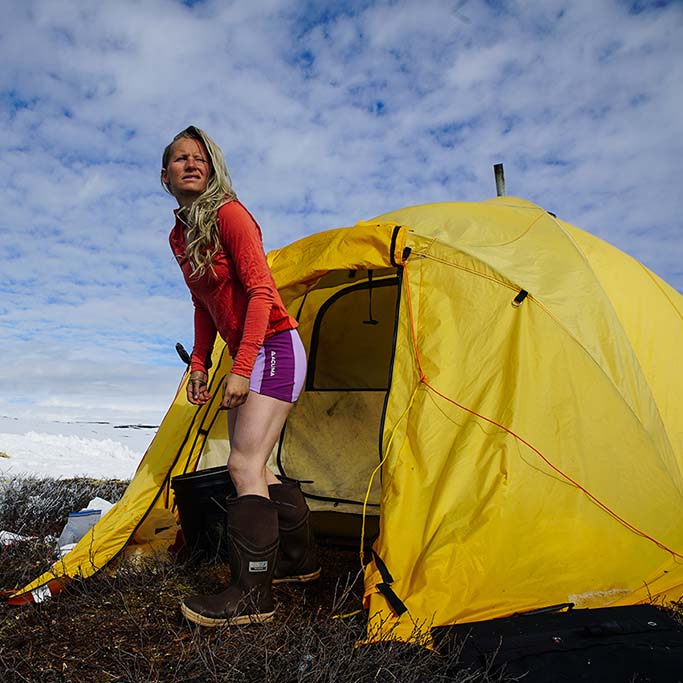 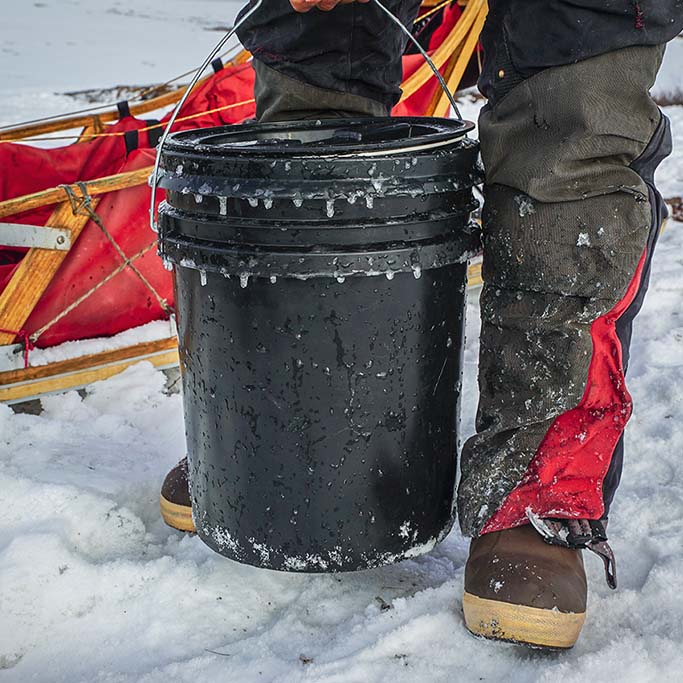