Meet Errin Casano- outdoor enthusiast and self professed boundary-pusher. She packed up her kayak and XTRATUFs to set out on an ocean adventure on the Sunshine Coast in British Columbia where gnarly winds attempted to push her off course. 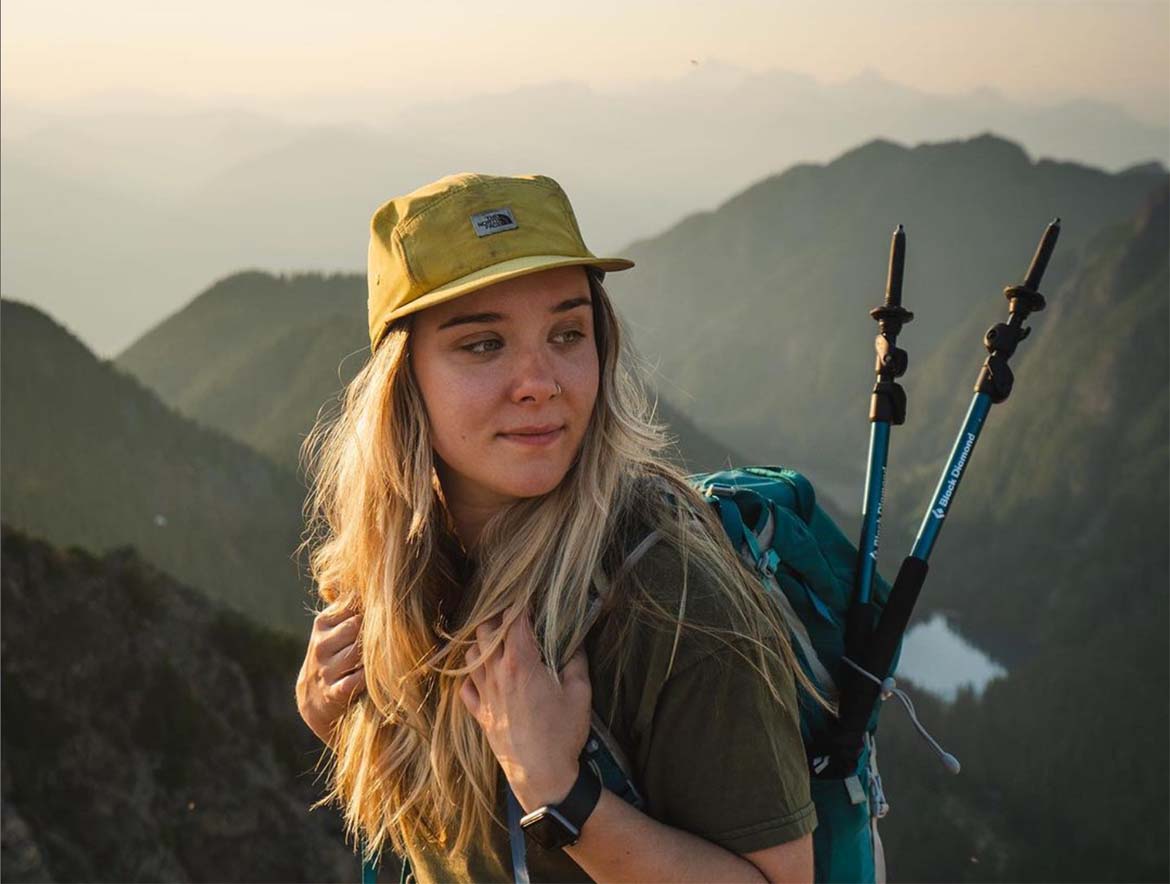 Hiking, trekking, backpacking, skiing, climbing, paddleboarding, camping — all the things. Adventuring in the outdoors is an opportunity to cut the noise and connect to self and with nature.

I packed up my XTRATUFS to step outside my comfort zone and venture onto the ocean. I had my mind set on a kayaking camping trip up the Sunshine Coast Inlet.

Although I grew up next to the ocean and am more than happy camping and hiking, embarking on a sea kayak is a whole new beast. 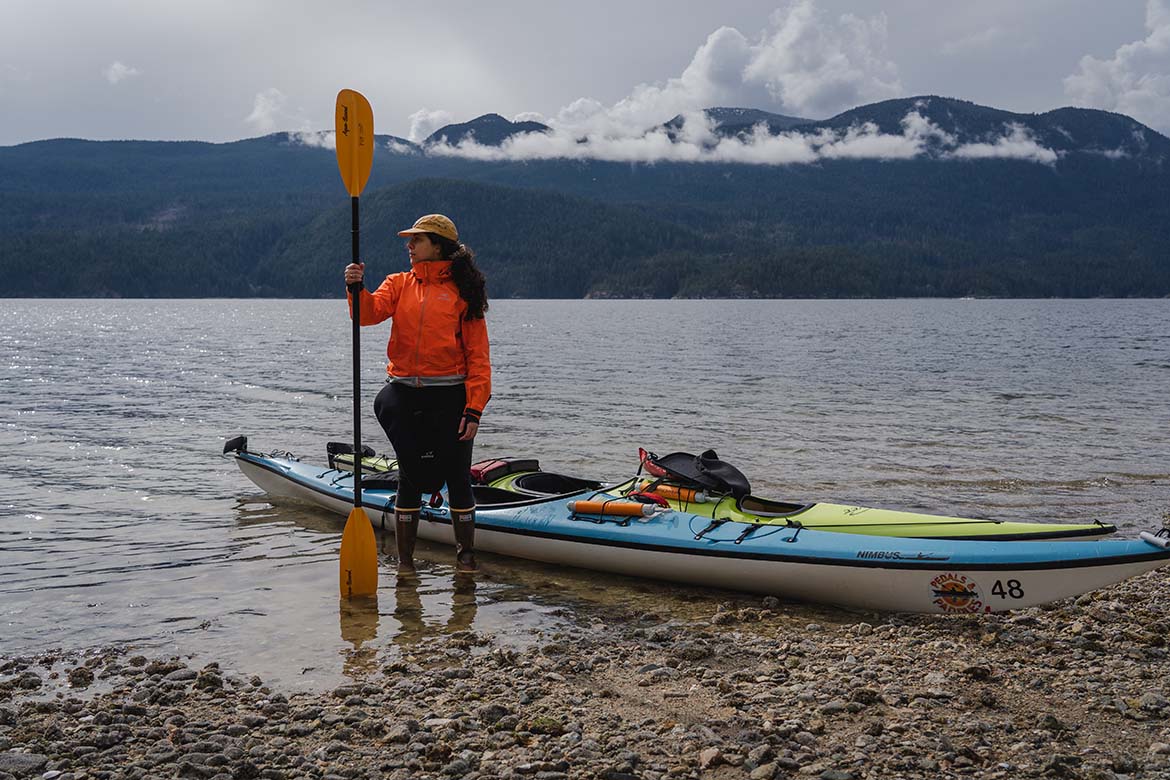 We got up early to hit the ferry to the Sunshine Coast and were greeted by clear skies. Of course that didn’t last long. As soon as we got our kayaks in the water, we were getting pummelled by hail. 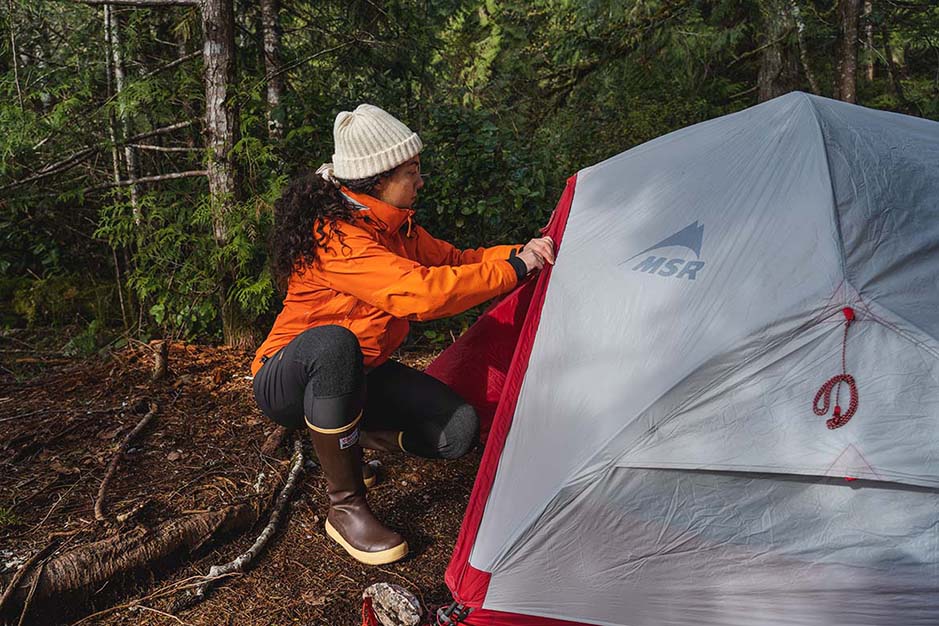 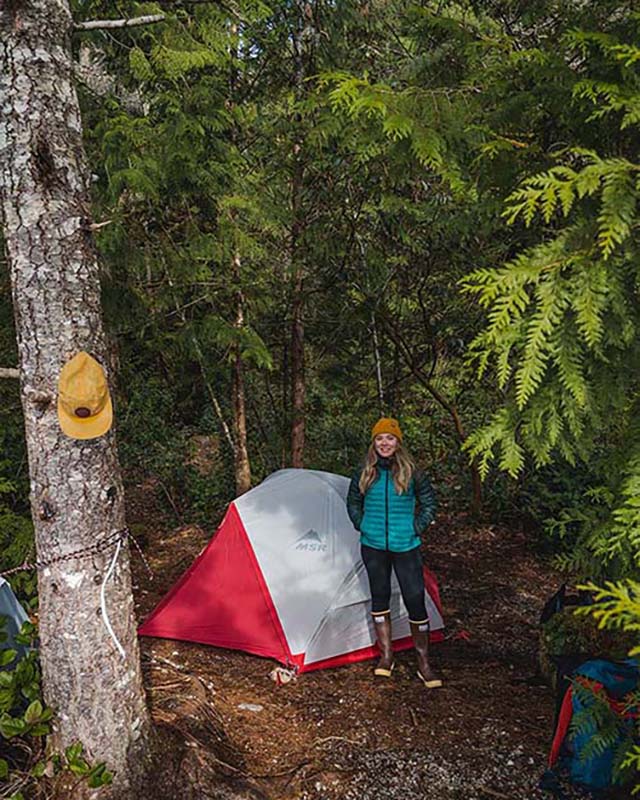 After a couple of hours in the rain and hail and a leg cramp or two later we made it to Nine Mile Beach where we set up camp. Cold nights were made a bit warmer by the campfire. 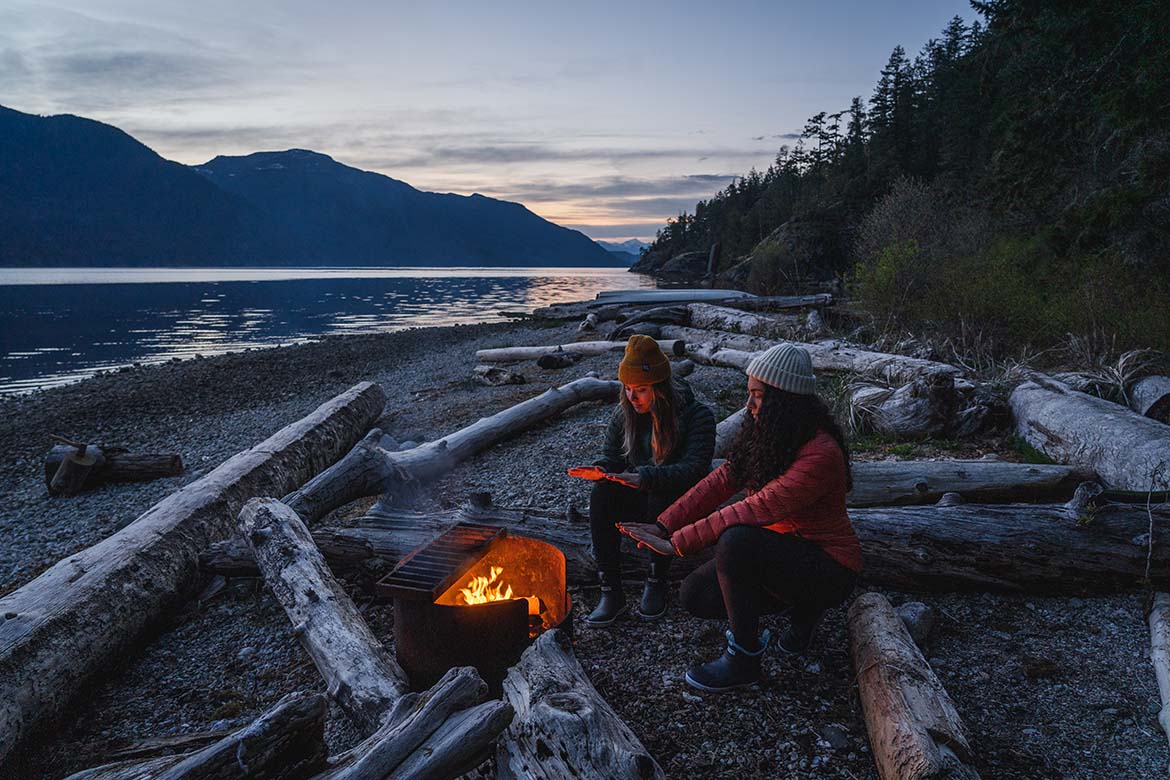 The next day as we were headed out, the wind picked up and brought in some ominous clouds. When sea kayakers talk about conditions, they’ll usually have wind in mind because no other element affects you more. Wind shapes the surface of the water and dictates your progress across it. We learned that to be true. 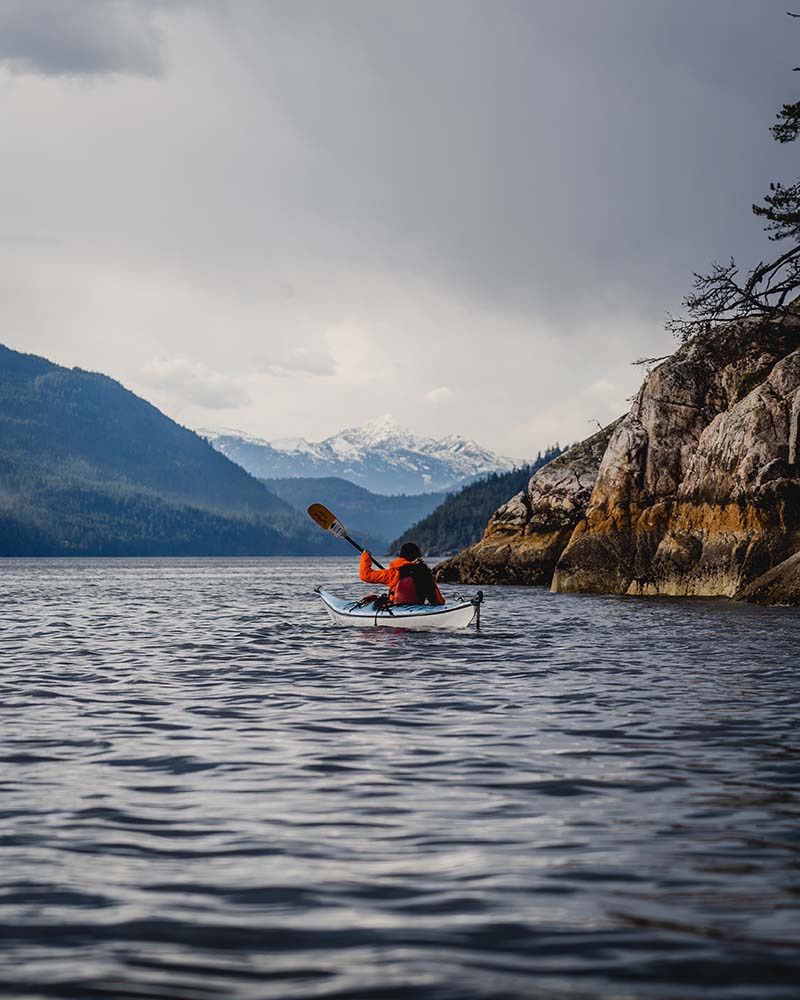 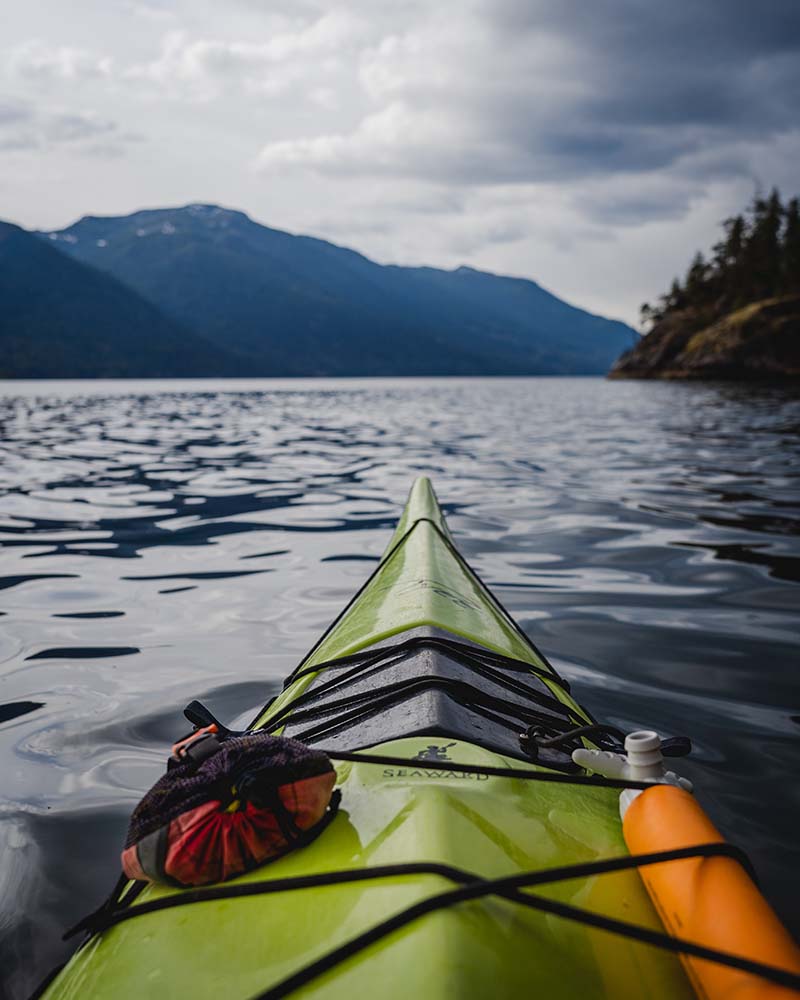 But by the time we had packed up camp the wind had picked up significantly. We struggled to get into our kayaks as they kept getting rocked by waves and pushed back to shore.

Once we made it out of the bay we were batting headwind, large waves crashing over our kayaks, and crosswinds. There was no opportunity to stop and give our arms a break, we’d immediately get off course and had waves knocking us so hard that we were worried about rolling. The weather and the fact that we had to stay afloat. I unfortunately don’t have the photos to tell the tale.

I don’t often get scared in the outdoors but this was a humbling experience. After paddling for hours straight into the wind, we made it back to shore. It was exhausting. We ended up being totally fine, just incredibly tired, sore, soaked, blistered, windburned, and a bit rattled.

After this trip, I can confidently say I am XTRATUF.