•ALLAN MATHISEN•
Winters in the Desert 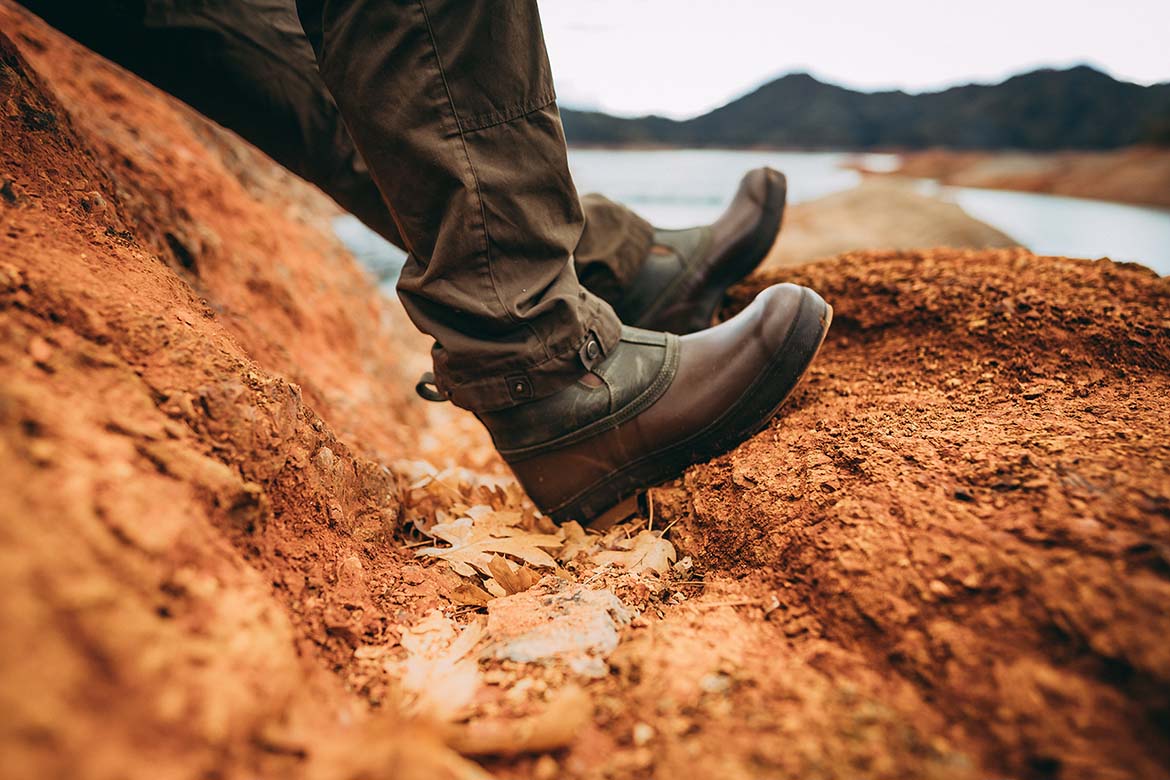 Why one fisherman spends his winters in the desert

Commercial fishing is the epitome of work hard play hard; for half the year I am occupied 24/7, but then I have winters completely to myself.

The seasonal nature of our fisheries is that you need to take the maximum advantage of the abundance when it's there, because you don’t know how many more tides it will keep up for. That also means that as that abundance slows and the boats are all tied up, it's time to move on to the next thing.

It’s a seasonal cadence that every farmer knows well. It’s like letting the earth breathe and giving yourself a chance to recenter as well.

There is a universal grin that crawls across your face, the feeling of the infinite possibility after a bank account with a freshly deposited check, a plane ticket out and a world to explore.

What are you most excited about?

I am most excited to sip coffee by a crackling fire and cloake myself in a cozy silence. It's about as far from boat life as I can think and that’s what makes it a vacation.

A boat is a symphony of a lot of moving parts and systems. They all seem to make noise. There are few things sweeter than the moment the engines are off and the silence fills the vacuum the noise left behind.

No watch to take over, no shafts to grease, no listening to the hum of generators and wondering if that little misfire is a load changing or if all the power is about to go out, no second guessing if your anchor is really holding, if you calculated the scope and the swing to sit perfectly in a snug harbor and not end up high and dry or floating unaware. No hoping the fish are still going to be there from a tide or two before. Trying to decide if you can get away with an oil change in town or if it's going to have to be out on the grounds.

There is a level of unease that never leaves you while aboard the boat where you are both actively and subconsciously listening for any deviations that might be the first signs of something going wrong. You are trying to juggle 60 things at once and if you neglect any of them it could be disastrous. There's a baseline level of worry that doesn’t go away, until you are away.

What are you doing during the off-season? 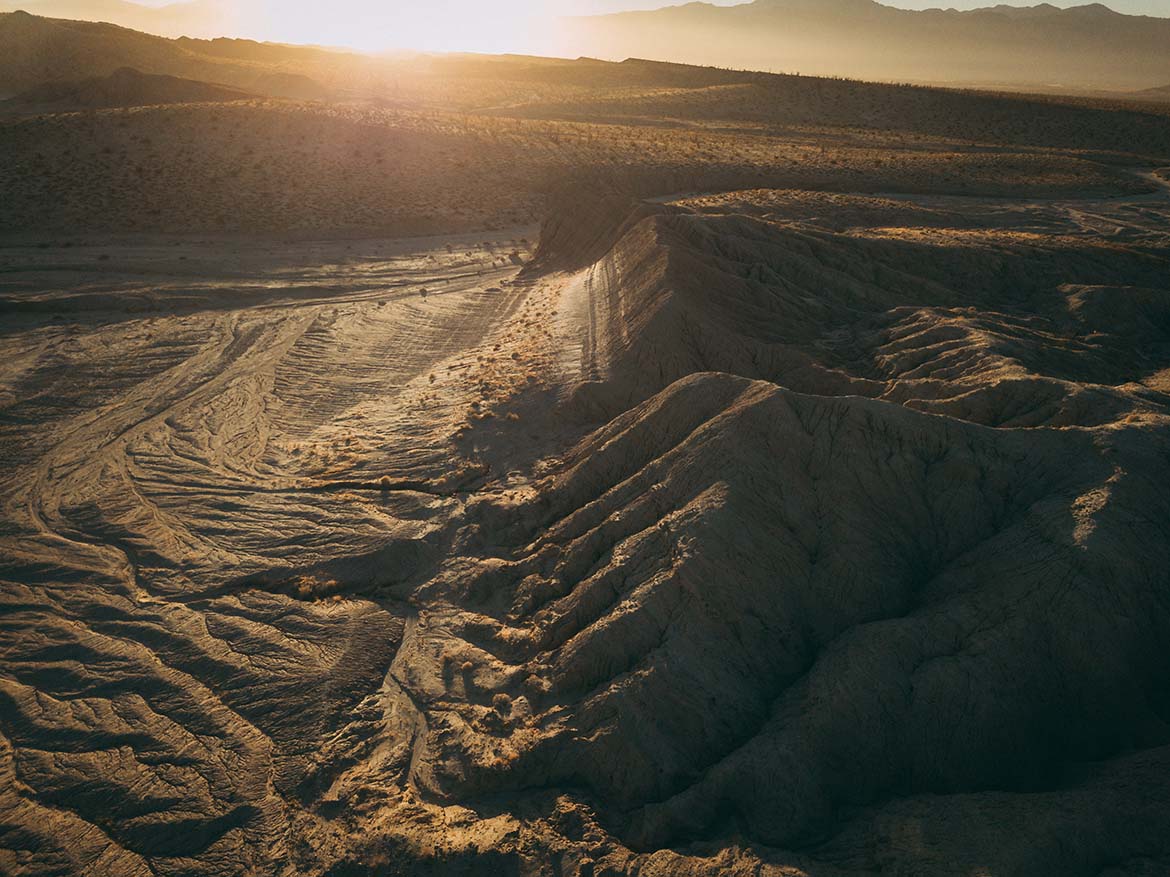 I’ve always had a propensity for long road trips. In the off season, my fiance and I like to visit national parks, spread out a tent on public land, get in 50 days of skiing, and wear down our car tires across America.

I joke that when I turn the engine off at the end of each season, I essentially trade one confined space (my boat) for another (my car). While the scenery changes (more desert, less rainforest), some things stay the same, including little rituals like sipping morning coffee.

By far my favorite destination over the years that I keep coming back to is Alabama Hills in the East Sierra’s. The temperature is perfect in the wintertime if a little cold at night and there’s plenty of opportunity to get lost among the rocks or just watch the light across mount Whitney.

Coming from a rainforest filled with mushy peat moss bogs, I'm always excited when we can camp on solid ground for a change.

Same ritual, different location. Wake up early, roll out of my sleeping bag, slip on my Xtratufs, get the coffee going and take in the first light of morning. 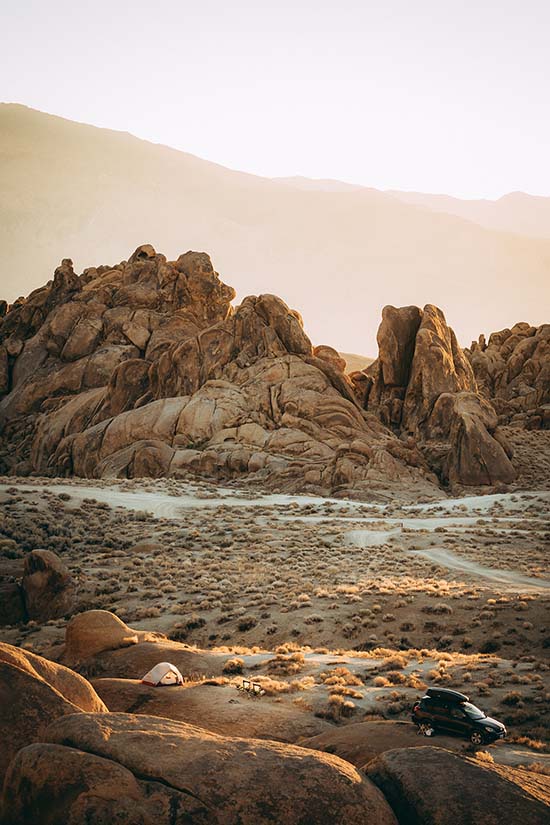 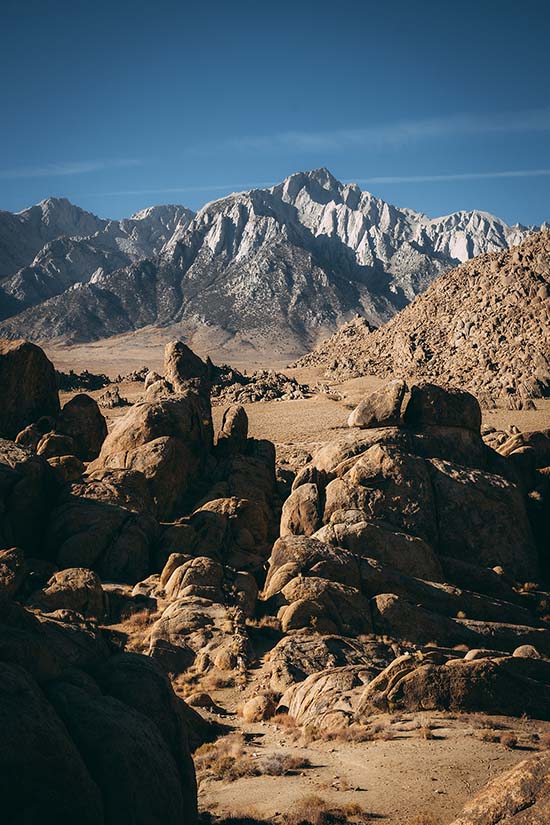 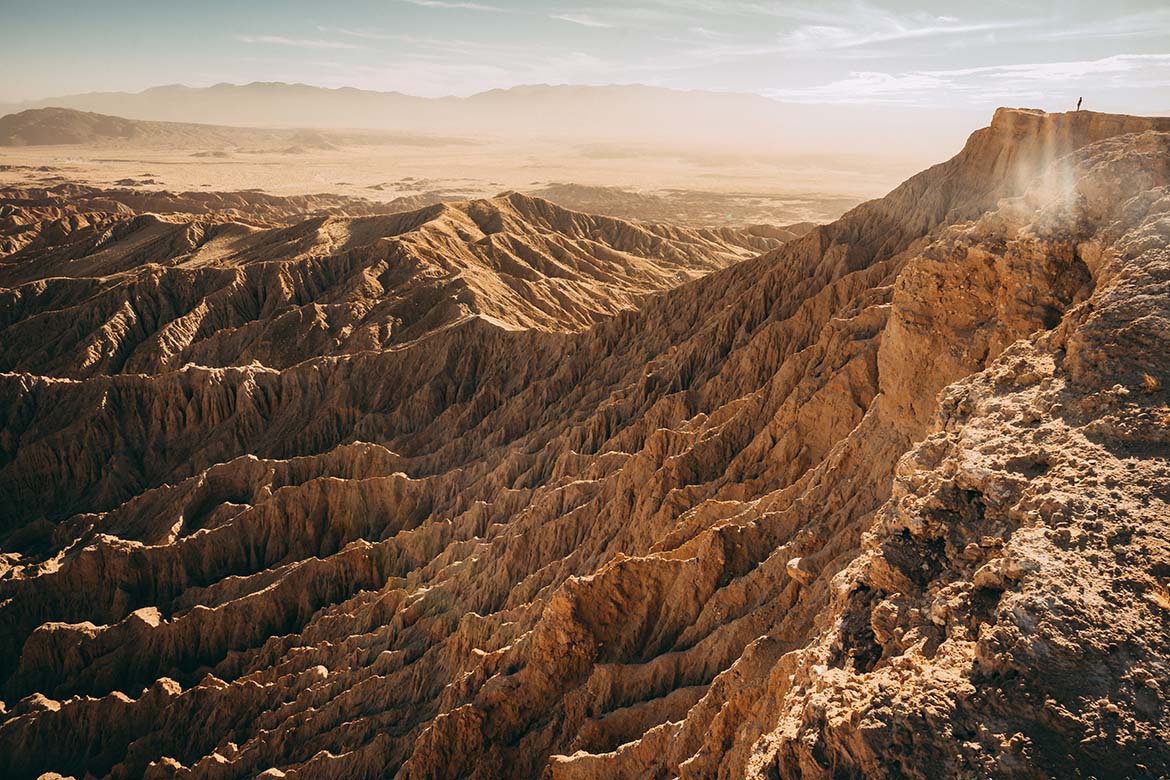