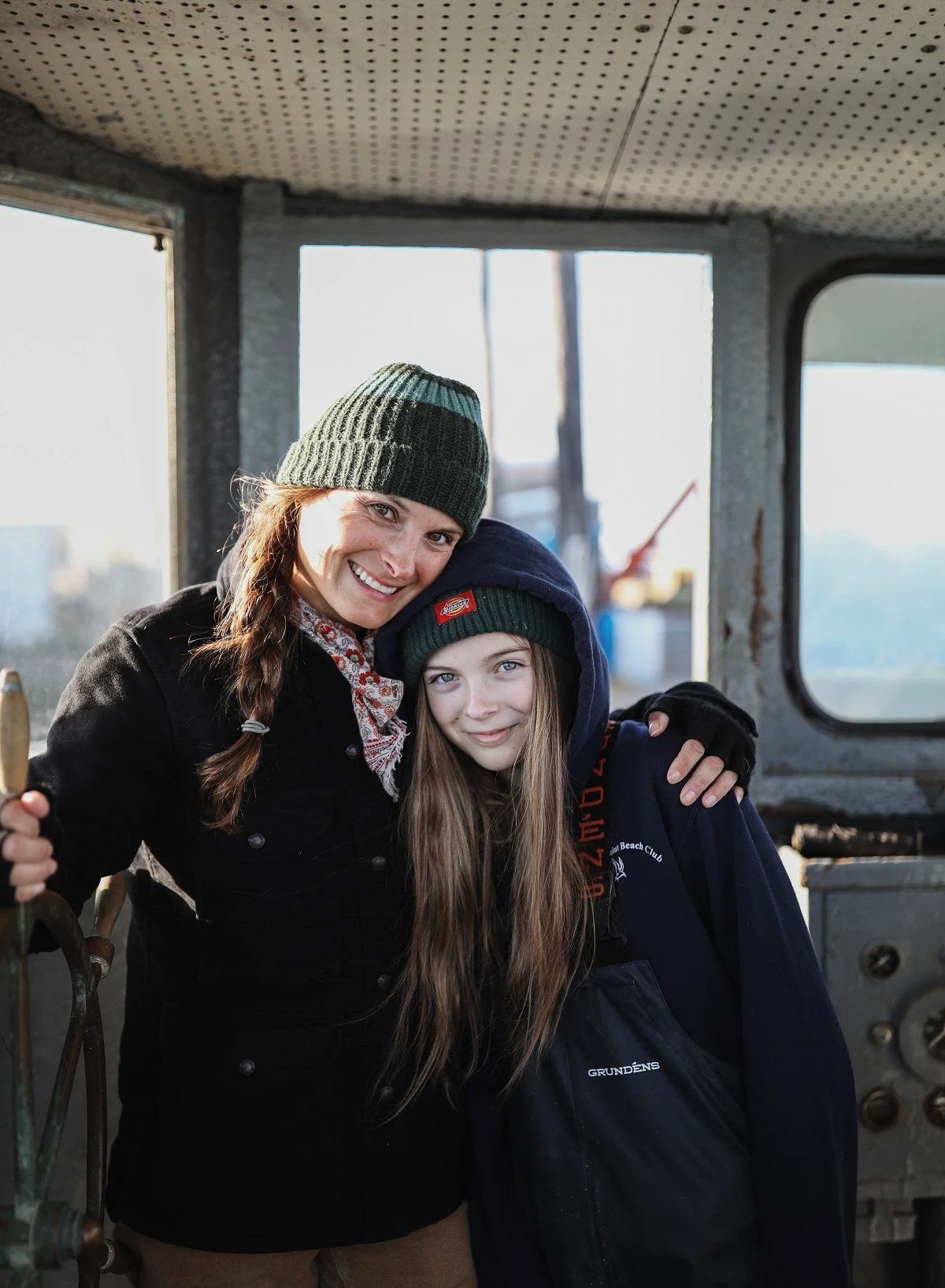 My family has been making a living on the water and commercial fishing for hundreds of years, so I suppose it is in our blood. But, unlike my brothers who seemed inclined to be part of it from a young age, there were never any women working on my family’s dock or coming off one of the fishing boats, so it hadn’t crossed my mind or interested me that I could or would be a fisherman. Growing up in a New England fishing family and around fishermen my whole life (along with the stereotypical portrayals in film and books), there’s this idea of who a fisherman is, and it’s not entirely untrue. Many of my own crew can be pigeonholed into this conventional notion of the scruffy smoker and drinker who sports the flannel work shirt, has the weathered skin and calloused hands as big as shovels, speaks with "the mouth of a sailor," and has even served time. They can be gruff and rough around the edges, fiercely independent, and are workingmen’s men. This archetype fisherman, whom I rarely saw in myself, nor aspired to become, is probably why it took me nearly 20 years to follow in my forefathers’, father’s, and brother’s footsteps.

Today, after nearly 25 years working in the fishing industry, I realize what a privileged, fortunate, and for the most part, positive experience I’ve had in what’s considered a dangerous, male-dominated profession, and this likely isn’t the norm. I had an encouraging and supporting father with a boat, established fishing business, and crew. My shipmates, some of whom became my mentors, ranged in age from 50s to 80s, and there was no one besides myself at the time, wanting and willing to learn how to mend fishing nets, so maybe they had no choice. Considering there are still those who believe women (and bananas) are superstitiously bad luck on a boat, I was lucky that my old-school captain and key members of his historically all-male crew were open-minded enough to take a woman aboard and welcome me, even with some grandfatherly affection and protection. 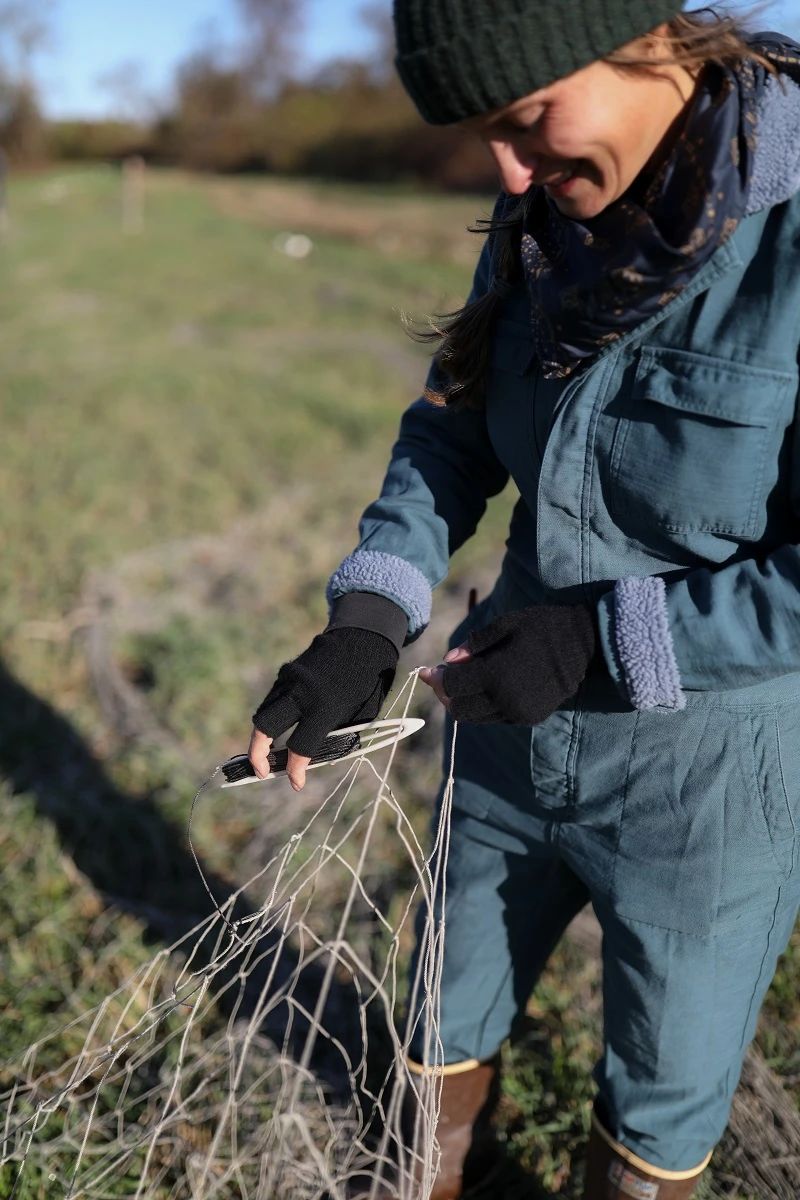 Unlike me, it’s second nature for my 14-year-old daughter, whom I have brought to work with me since she was a nursing baby, and my 16-year-old niece who, as a toddler, would stand on a fish tote and pick fish alongside her grandfather and me or help her father shovel fish off the boat, to do this kind of work. 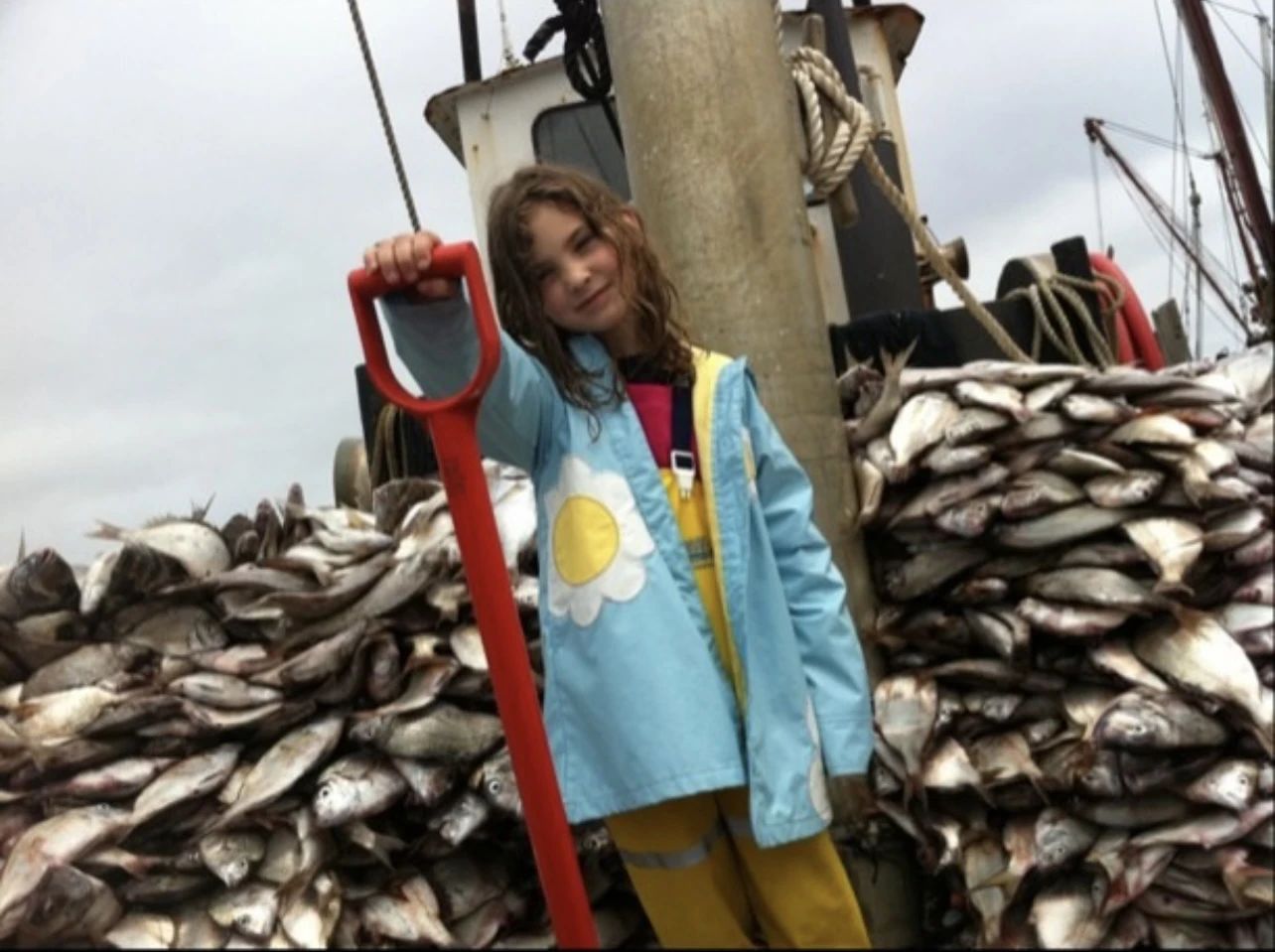 My niece, Olivia, unloading a boatload of fish as a little girl.

To the outside world, however, I think it’s still considered an anomaly for a female to do what we do, and I know how that can transpire. In her book Lab Girl, Hope Jahren describes an encounter I’ve gotten to know well, "...one by one, the people… sized me up and down, each of them wearing a look with which I was very familiar. It was the look that says, ‘Her? That can’t be right; there’s a mistake here somewhere.’ ...In my own experience, sexism has been something very simple: the cumulative weight of constantly being told that you can’t possibly be what you are." This "cumulative weight" comes from outside the industry but especially from inside. Online commercial fishing forums, predominantly male, or even the commercial fishing page I run for fun (anonymously) has me not only on the defensive for myself and other women in the industry, but exhausted from feeling like we always have to prove ourselves, even if our experience and competence adds up to more years than most of these critics have been alive. But as a male counterpart once pointed out when I had been disappointed and disturbed by some of the sexist and misogynistic comments that emerged, "that's the best part! They think they are in the boys club, but the owner-operator is a woman. Ha!" 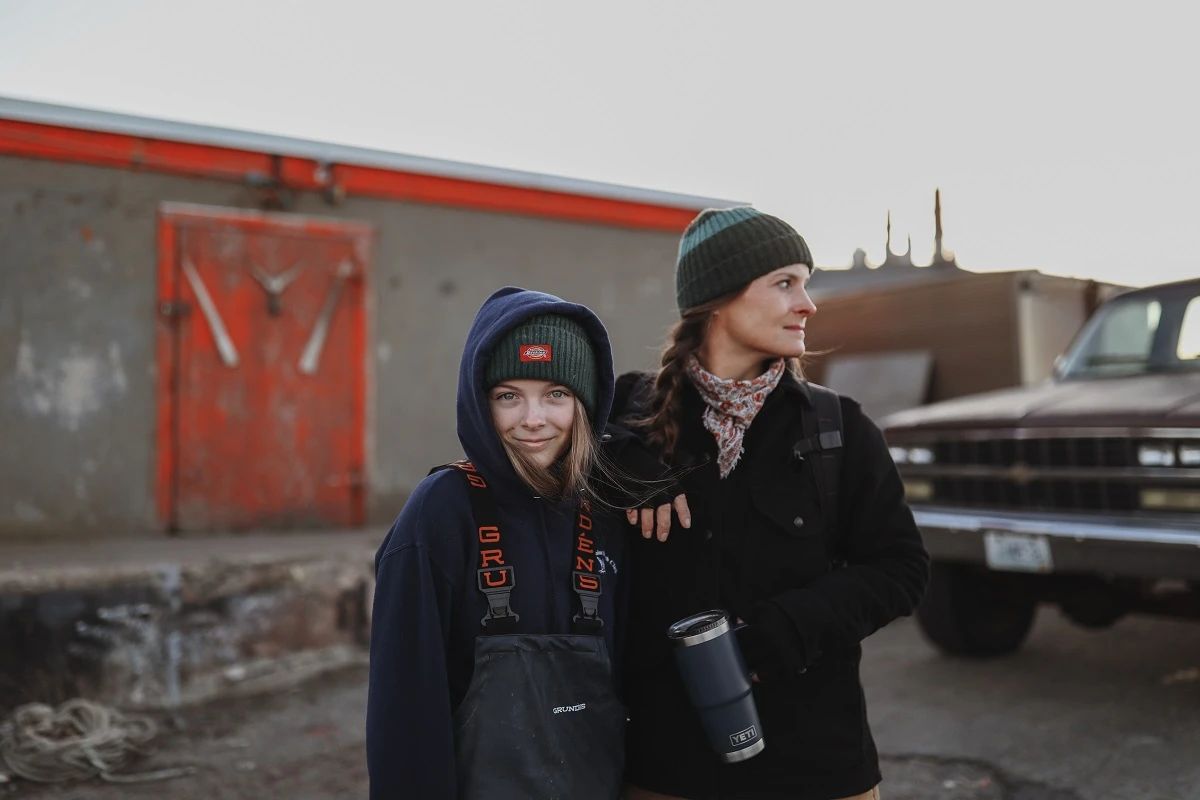 My daughter Isley and me. Photo by Maaike Bernstrom @maaikephoto

Thankfully these transgressions have never diminished it for me, and fishing is so much more than this. What I have gained, and hope my daughter and niece can take away from their own experience, no matter what or who they become, is that the world is heavy and has enough critics, and when everything is bearing down and feels like too much or when their hearts have been broken by one too many fish in the sea, that they can close their eyes, feel the warmth of the sun, and recall the rhythms of fishing. They will have learned to look forward to waking up early and fall in love with the sunrise; that they are lullabied by the rise and fall of the waves and lose themselves in the vastness of the sea; that they feel part of the crew, soak in all the sea stories and become part of the sea stories themselves. I hope they know what it feels like to work so hard, feel so strong, are so engrossed in what they are doing that they feel utterly unselfconscious. I hope that when they go to sleep at night, exhausted, fish dancing in their head, they feel satisfied and are proud of themselves. May they learn their knots, never forget their pocket knife and always throw like a girl. I want them to feel encouraged and supported, never underestimated, or like they have to prove themselves to anyone. Most of all that they never feel so bogged down that they lose sight of the horizon and those little, beautiful, poetic nudges that sustain us and keep us coming back for more and remember that a rising tide lifts all boats.

Olivia, Isley and me hauling the trap.